The Texas PR Association is disbanding as of Dec. 31, it was announced by Larry Meltzer, president of the group who is also president of MM2 PR, Dallas. 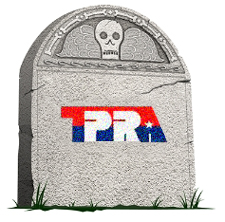 Meltzer cited years of declining membership and lack of volunteers plus a "fragile financial situation."

A member noted it is "easier and less expensive to stay in touch via websites like LinkedIn and Facebook." TPRA had presence in those two media but "lacked significant engagement," he said. PR groups should "adapt to the needs and preferences of their members and not the other way around," the member added.

LinkedIn lists 56 groups under the heading of PR, marketing and communications. Social Media Marketing is one of the largest with 195,000 members and 20 special interest groups.

A member said the board "failed to establish an effective platform to communicate and engage members scattered across the expanse of Texas. Members would join yet never receive so much as a welcoming e-mail."

The member also decried the lack of a "happy hour" meeting for members in various Texas cities.

The PR Foundation of Texas, a subsidiary of TPRA, will continue to provide scholarships and funding toward educational programs.

The Silver Spur/Best of Texas awards and training programs may continue under the supervision of the Foundation, he said although "no final decisions have been made."

Women Executives in PR merged in 2006 (its 50th year) with Ad Women of New York.

Publicity Club of New York remains active under the leadership of Peter Himler. It has a regular schedule of events featuring reporters and editors.

Himler believes the main job of PR pros is interacting with "influencers" who work in "earned, paid, shared and owned media" although social media is also important. He said he has no trouble attracting "top tier board members." Himler has been president of PCNY for about ten years.

PR Society of America this year was unable to attract board candidates from three of its ten districts  Southeast, Southwest and North Pacific  although there were about 400 accredited members from each district who were eligible to run. The Society changed the seats into at-large.