New Mexico, which brought in a former PepsiCo executive last year as tourism secretary to reverse a low national ranking, has kicked off an open review of its tourism PR account as the state hopes to launch a new brand campaign by April. 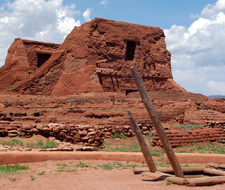 The New Mexico Tourism Department released an RFP on Jan. 3 covering strategic PR planning and consulting, media relations, and measurement. Budget is $75K through June 30, the end of the states fiscal year, with additional funding to be determined by the state legislature.

The tourism entity sees two key challenges which have led to the states No. 38 ranking for visitation  low awareness and damaging misperceptions. Top misperceptions include the views that New Mexico is not part of the U.S., that it is a miserably hot, dry desert, and that there is nothing to do there, according to the RFP.

Proposals are due Jan. 23. View the RFP at http://nmindustrypartners.org/?page_id=682. All RFPs are at odwyerpr.com/rfps.