The organizing committee set up to mark the 100th anniversary of the San Diego expo that marked the opening of the Panama Canal is looking for PR proposals by Jan. 16. 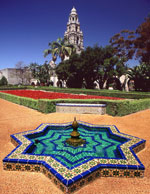 The 1915 Panama-California International Exposition was held in San Diegos 1,200-acre Balboa Park marking the city as the first port of call for westward ships traversing the canal.

The non-profit Balboa Park Celebration Inc. has been set up ahead of the 2015 anniversary and has an open RFP out for development of a PR and community engagement plan set to deploy by mid-2013.

A 14-month PR contract with an agency or pro with experience in San Diego is expected.

Funding initially comes from the citys tourism and marketing fund, although sponsorship development is under way.