With a tip of the hat to Republican wordsmith Frank Luntz, who coined the term job creator for GOP use to stave off tax hikes on the wealthy, the Transport Workers Union is adding to the many torments of presidential candidate Mitt Romney.

Putting its own spin on job creator, the TWU has branded Romney the job cremator for his role at Bain Capital in shuttering U.S. manufacturing plants so its high-roller customers could reap tidy returns on their investments. 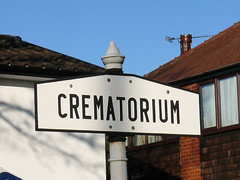 The TWU is bird-dogging the Job Cremator in Florida up until the Jan. 31 primary date. President Jim Little wants people in the Sunshine State to know that Romney made a fortune snatching up companies, closing factories and laying off workers.

At the core of the TWUs gripe, bankrupt AMR Corp., parent of American Airlines and American Eagle, has hired Bain Capital as a bankruptcy consultant. It fears that Bain, which receives a $525K monthly fee, will dust off its old playbook and recommend savage cuts to the 24,000 TWU members employed at AA and AE to cut costs. AMR filed for Chapter 11 with $4B in the bank. Florida is fertile ground for the TWU since Miami is a hub for both airlines.

And so it goes for the tone-deaf to PR Romney.

The Washington Post/ABC News poll reports that the former Massachusetts governors unfavorable rating among must-win independents has surged 17 percent to 51 percent. Less than a quarter (23 percent) of independents thinks favorably about Romney.

Yet clueless Romney, a proponent of self-deportation???, dithers on. The release of tax forms in the lead-up to President Obamas strong SOTU was a PR disaster. If Romney has any PR advisors, they should be canned. The documents depicted Romney as the poster boy of wealth and a gamer of the tax system just ahead of Obamas call for a more equitable society and tax hikes for the wealthy. Couldn't Mitt have waited a couple of days before the document dump.

To Romneys accusation that critics are waging the bitter politics of envy, Obama eloquently said last night: Now, you can call this class warfare all you want. But asking a billionaire to pay at least as much as his secretary in taxes? Most Americans would call that common sense. Who won that PR argument?

And by the way, what is Romney doing with Swiss bank accounts?