Ogilvy PR Worldwide has a three-month job to support the launch of CCTV America, which is the U.S. arm of China Central Television. 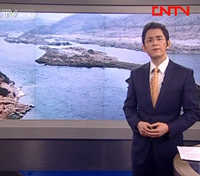 The goal is to pitch the entity controlled by the government of the Peoples Republic of China as a producer of compelling, comprehensive and balanced news programming from an Asian prospective.

According to a memo from Brendan Daly, Ogilvy executive VP and ex-communications director for Rep. Nancy Pelosi, the campaigns message is to pitch CCTV America as the source for business news in and with China, with credentialed, experienced and trusted journalists doing in-depth stories and reporting.

Daly is eager to help establish CCTV America as the program to watch to succeed in an interconnected global economy. Ogilvys push runs through March.

CCTV is supervised by Chinas State Administration of Radio, Film and Television. Roee Ruttenberg, Ogilvys point-of- contact on the account, believes Ogilvy and CCTV are both global brands worthy of respect.