Political, economic and business intelligence company Stratfor today tried to regain some type of PR momentum following blockbuster news that WikiLeaks plans to publish a trove of its emails concerning work for top government contractors like Lockheed Martin and multinationals such as Dow Chemical. 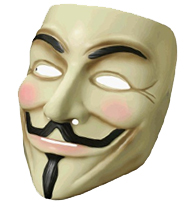 Stratfor, which as a private company is not subject to Freedom of Information Act requests, also has worked closely with U.S. defense, homeland security and intelligence services. It got a lot of PR work to do.

Stratfor issued a statement to cast a measure of doubt on the authenticity of the apparently pilfered correspondence. Some of the emails may be forged or altered to include inaccuracies; some may be authentic. We will not validate either. Nor will we explain the thinking that went into them. Having had our property stolen, we will not be victimized twice by submitting to questioning about them, Stratfor said in a statement released today.

That said, Stratfor rapped the alleged theft of emails as deplorable, unfortunateand illegalbreach of privacy.

WikiLeaks boss Julian Assange, who is under house arrest in the U.K. and fighting extradition to Sweden for an alleged sex crime, must certainly enjoy this latest bit of Internet hijinks. He claims that 4,000 of the emails deal with U.S. and Stratfors plans to harass his operation. It's sweet revenge. Assange says he is working with 25 media partners, including Rolling Stone, on the Stratfor information.

Stratfor CEO George Friedman said attacks on his company by Anonymous and WikiLeaks are nothing more than attempts to silence and intimidate Stratfor. PR maestro Assanges promises to release an initial bombshell by the end of the week.

Stratfor, which monitors and evaluates various crises throughout the globe, better have some top-notch crisis PR people inplace to deal with the fall-out. Bunkering down and alleging that WikiLeaks is doctoring the emails just doesnt cut it. Stratfor needs a crisis master such as John Rendon or Mike Sitrick to lead the counterattack.