In calling Fluke a slut and prostitute, Limbaugh went way over the edge. He has apologized, though Fluke says she isnt impressed with RushBos mea culpa. 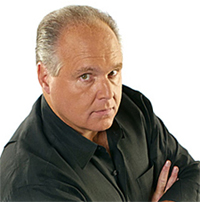 Limbaughs advertisers, however, are disingenuous when they claim that pulling spots are noble gestures.

Carbonite, a long-time sponsor of Limbaugh, issued a statement from CEO David Friend to say, We hope that our action, along with the other advertisers who have already withdrawn their ads, will ultimately contribute to a more civilized public discourse. Spare us, Dave. You cashed in for years on Limbaughs crazed discourse on Democrats and all things liberal. If you play with fire, you sometimes get burned.

Carbonite and former fellow Limbaugh advertisers like Quicken Loan, ProFlowers, Citrix, LegalZoom and Sleep Train bedding sponsored Limbaughs festival of right-wing hate because he delivered ratings. They pulled ads only because Limbaughs comments were so abominable to the point that President Obama felt the need to personally offer his support to Fluke.

They have profited handsomely from you. These advertisers who have split the scene have done very well due to their access to you, my audience, from this program. To offer their products and services to you through this venue is the best opportunity that they have ever had to advertise their wares. Now they've chosen to deny themselves that access, and that's a business decision, and it's theirs alone to make.

Instead of sanctimonious tripe about trying to improve the level of public discourse, advertisers should tell customers and shareholders, why they chose to support the divisiveness preached by Limbaugh in the first place?

Limbaughs quick surrender is another sign of the implosion of right-wing USA, which will intensify after the election in November. Theres no way Rushbo would have thrown in the towel five years ago.