Philadelphia-based Comcast needs to reconsider its decision to drop New York City Channel 4 co-anchor Sue Simmons in June when the contract of the 68-year-old news veteran expires. The move is dumb PR. 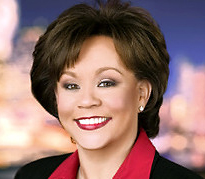 Failing to renew Simmons contract seems to go against Comcasts promise to the Federal Communications Commission to increase local news coverage and minority programming. The FCC approved the cable giants deal with NBCUniversal in 2011 contingent upon that promise.

In New York City, Simmons is as local as they come. Granted, there are times when Sue is a little flacky, but that gives the program its personality. Her street smarts savvy meshes well with the more reserved co-anchor Chuck Scarborough. That combination allowed the New York Times to carry todays front-page headline Station to Oust Anchor, Ending Chuck and Sue. Every New Yorker knew exactly who the headline was referring to.

New York Post gossip columnist Cindy Adams, who broke the story yesterday, put it best, saying the biggest fear is that Comcast will replace Simmons by hiring young bones off Hoosier stations who know borscht about this greatest city on the planet.

Getting rid of Simmons also opens Comcast to charges of sexism. It has renewed the contract of 68-year-old Scarborough for three years. Whats up with that?

What about Comcasts promise to increase minority program? I doubt the FCC had a Comcast venture with Sean Diddy Combs, who heads Bad Boy Entertainment, in mind to satisfy the minority outreach requirement. Diddy and FCC are creating REVOLT, which is billed as a real-time, socially connected music TV network. Other deals in the works are with NBA basketball legend Magic Johnson and filmmaker Robert Rodriguez.

Comcast should renew Simmons purported $5M contract. The pact is the most lucrative for a local TV anchor, but chump change for a company that earned $5B on $55B revenues last year. The contract buys Comcast priceless PR in the nations top media market. Comcast should stick with Sue.