Fleishman-Hillard reps AeroVironment, which today in partnership with Oregons transportation and energy departments opened the first leg of the West Coast "Electric Highway." 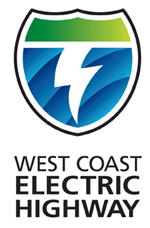 AeroVironments electric fueling stations are situated at 25-mile intervals along the Beaver States Interstate 5, allowing drivers to travel carbon/emission-free from Ashland to Portland, a 160-mile stretch. The company will unveil 40 stations in Oregon and Washington by the end of the year. Interstate 5 runs 1,350 miles from Baja to British Columbia.

Oregon is the first state to establish an electric vehicle charging infrastructure along a single major roadway. The program was financed by the American Recovery and Reinvestment Act.

AeroVironment, which also makes unmanned aircraft, is based in Monrovia, Cal. It earned $12.6M on $214M revenues for the nine-month period ended January.