The New York Mets surely need a couple of big bats in the lineup and some lively arms on the mound to escape the cellar in the National League East, but the Metropolitans more than any other team in Major League Baseball need solid crisis PR counsel to rebound from the Bernie Madoff scandal. 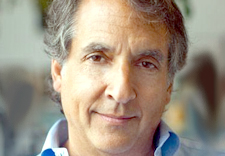 For long-suffering Met fans, there is a shred of good news. PR help is on the way in the form of freshly minted minority team owner Ken Lerer.

He was founding partner of Robinson Lake Lerer & Montgomery, which was one of the most powerful and influential PR firms of the 1980s and 1990s. Founded in 1986, RLL&M counseled blue-chips such as Texaco, Bertelsmann, Pfizer and worked high-profile deals like Grand Metropolitan's successful hostile takeover of Pillsbury and F. Ross Johnsons epic unsuccessful bid for RJR Nabisco, which was at the core of the classic book, Barbarians at the Gate.

Jim Lake, an advisor to President Bush I, represented the Abu Dhabi Investment Authority, which was majority shareholder in the scandal-plagued Bank of Credit and Commerce International

Lerer parted ways with the renamed Robinson Lerer & Montgomeys after it was acquired by Young Rubicam in 2000. [The firm is now RLM Finsbury under Walter Montgomery.] He became executive VP at AOL Time Warner, Huffington Post co-founder and general partner of Lerer Media Ventures.

Lerer is a pal of Fred Wilpon, principal owner of the Mets, and a big fundraiser for President Obama and the Democrats. With Bob Pittman, founder of MTV and current CEO of Clear Channel Media Holdings, and several other investors, Lerer bought a four percent stake in the Mets for $20M.

The tone-deaf to PR Wilpons would be foolish not to take advantage of Lerers corporate, media, political and fundraising expertise.

A bigger question: does Ken have the range to play centerfield?