Oklahoma is searching for a PR agency to pitch the state locally, nationally and internationally as a competitive place to do business for sectors like energy and aerospace. 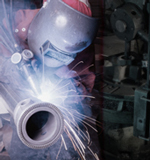 The Sooner State's Dept. of Commerce released an RFP March 26 calling for PR pitches to support its communications division to "increase and strengthen awareness of Oklahoma's business environment," as well as shape the state's "brand" for U.S. and foreign investment.

Business sectors eyed include energy, both traditional and renewable, aerospace and defense, biosciences, and corporate headquarters across all industries.

Chesapeake Energy, Devon Energy, American Fidelity Assurance and QuikTrip are Oklahoma-based companies on the Fortune 100 list for 2012. Google last year opened a $600M data center in the state with plans to use power from local hydro and wind sources.

Organizing media trips, developing and pitching stories to influential publications like the New York Times, The Economist and Forbes, as well as directing social media and news monitoring are included in the scope of work.

Proposals are due April 24. View the RFP at http://www.dcs.state.ok.us/Solicitations.nsf.