60 Minutes correspondent Mike Wallace, who died April 7 at the age of 93, was a gift to the PR business. 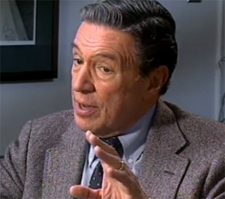 I remember attending countless crisis management workshops and seminars during the early 1990s that promoted themselves as events loaded with insider information about What to do when Mike Wallace knocks on the door.

The sponsors of those sessions made money, but the audience was always short-changed. When one-man truth squad Wallace showed up, the jig was up. The PR workshop/seminar takeaways were either to keep your corporate nose clean or door closed when Mike came a-calling.

The no-frills newsman was also a goldmine for PR firms. They earned millions in fees pitching the fear of Wallace to skittish clients.

Coors Brewing paid the ultimate tribute to Wallace, running an ad with a tagline: The four most dreaded words in the English language: Mike Wallace is here. That spot ran after Wallace decided to drop a story about racism among Coors top brass. Grateful Coors management rejoiced that it was vindicated by the great newsman. That was a tribute to Wallaces stature.

CBS ultimately phased-out the ambush journalism that was so perfected by Wallace. Executive producer Don Hewitt decided that ambushes were nothing more than showbiz baloney. He told Mike to retire your trench coat. An era passed.

In todays 24/7 electronic communications environment, 60 Minutes has lost some of the power that it had as the only game in town. Though CBS has ditched ambush journalism, the hypothetical question, What do you do when Steve Kroft knocks on the door? just doesnt have PR people running for the exits.

Kroft is good. Wallace was one-of-a-kind.

He will be remembered.