In killing its once highly anticipated IPO at the last minute, BrightSource Energy did the right thing for potential shareholders and supporters of renewable energy. An IPO flop would have been a PR disaster for the embattled solar sector. 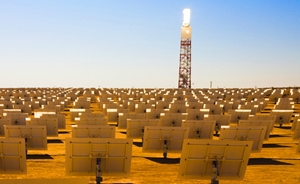 Falling prices for panels and Chapter XI filings have clouded the short-term outlook for the solar business. A poor BrightSource IPO performance also would have provided rich fodder for critics of the federal stimulus program for alternative energy companies. BrightSource has received $868M in federal loan guarantees. Thats more than the $528M in federal loans made to the now defunct Solyndra, which critics use to bash the federal investment program.

BrightSource CEO John Woolard blamed adverse market conditions for yanking the IPO. While we received significant interest from potential investors, the continued market and economic volatility are not optimal conditions for an IPO, he said in a statement.

BrightSource has deep-pocketed investors such as Google, Morgan Stanley, BP, Chevron, NRG Energy and commitments from Pacific Gas & Electric and Southern California Edison to purchase 2.3 gigawatts of power from its Ivanpah complex that is being built in the Mojave Desert.

When completed, the facility will be the largest thermal plant in the world. It will be a source of pride for the U.S. BrightSource didnt need the image headache connected with a lousy stock offering. An IPO will eventually hit the market.

Meanwhile, President Obamas stimulus program for alternative energy has powered the U.S. past China in the clean energy investment race. Pew Charitable Trusts reports that the U.S. accounted for $48B of the $263B global investment in alternative energy in 2011. Thats up a whopping 45 percent from the $33.7B invested in 2011. China spent $45.5B for cleantech during the past year. It was followed by Germany ($30.6B), Italy ($28B) and India ($10.2B).

The growth of Americas cleantech sector is a major accomplishment of the president.