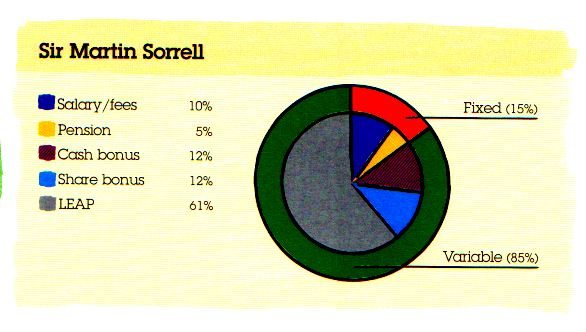 The pay hike marks Sorrells first increase since 2007, according to the ad/PR congloms annual report.

The Guardian reported that last fall WPP proposed a 50 percent increase for Sorrell.

WPPs compensation committee, which is chaired by investment banker Jeffrey Rosen, determined that Sorrell merited a pay hike because since 2007 the company has continued to grow in scale and complexity, with worldwide headcount increasing from fewer than 80,000 people in 2,000 offices to over 113,500 people in over 2,500 offices; revenues increasing by over 69 percent; and earnings per share increasing by over 61 percent by the end of 2011.

The boost also is due to factors such as business and personal performance, competitive pay levels and the extended time since the last review.

Rosen plans to meet with investors to make the case for Sorrells pay hike. WPP says it typically reaches out to shareholders after its annual report is published.