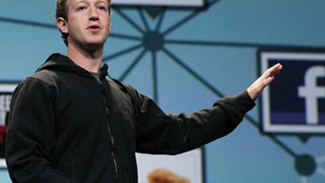 During Facebooks roadshows, some veteran Wall Street hands bristled over Zuckerbergs choice of attire. They felt he didnt respect the traditional bended-knee process of showing deference to Wall Street while asking bankers to fork over investment cash.

Those critics failed to realize that 28-year-old Zuckerberg wasn't exactly juiced about doing the initial public offering in the first place. Hes more concerned about not alienating Facebook users than heading a company that is valued at more than $100B. As for appearance, black turtleneck and jeans attired Steve Jobs did pretty well for investors at Apple. Wall Street needs Facebook (and ensuing IPOs from hot tech start-ups) more than the social networker needs it.

An Associated Press poll released May 15 found that nearly two-thirds of respondents who know of Zuckerberg are at least somewhat confident in his ability to run a large public company. Less than a quarter (22 percent) doubt that hes up to that task. An astounding 81 percent of people aged 18-to-35 use Facebook.

The company today increased the number of shares in the IPO by 25 percent to more than 420M due to a robust demand from investors. Those potential Facebook buyers must be big fans of the hoodie.

If Zuckerberg decides to go native by donning a more Wall Street-friendly jacket, it would be the beginning of the end of his vision for the social network company. Investors would then be wise to move on to the next big thing.