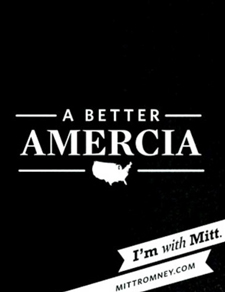 Mitt Romney's presidential campaign is red-faced today after an unfortunate typo -- "Amercia" -- slipped through the launch of its "With Mitt" iPhone app.

"We thought this would be a fun, easy way to showcase support," Romney's digital director Zac Moffatt told Mashable, which added, "Instead, the app became a platform for ridicule."

Last week, the University of Texas at Austin was full of apologies after the commencement program for the school's Lyndon B. Johnson School of Public Affairs featured an "egregious typo."