My favorite right-wing fringe group, Americans for Limited Government, is a shining example of the political divisiveness that has poisoned the atmosphere of federal Washington.

ALG ripped the five Republican Senators brave enough to bolt from the party line and reject a measure to kill the Environmental Protection Agency rule requiring a cut in toxic emissions from coal-fired power plants. 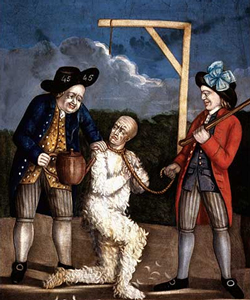 ALG issued a June 20 release following the vote to condemn the five for siding with radical enviros and supporting crippling regulation against the coal industry. They will be responsible for the higher energy cost that will result from implementation of the EPAs irresponsible war on coal.

The EPA estimates the cost of new scrubbers for utilities will be $9.6B. It also projects health benefits of $90B in the form of prevention of 11,000 premature deaths, 4,700 heart attacks and 130,000 less child asthma cases per year. That appears to be a cost-effective trade-off.

Congratulations to the fearless five, which could soon be reduced to the terrific three with the retirement of Snowe and possible defeat of Brown by Elizabeth Warren.

Todays screed from ALG is called Obamas recession is undeniable." It's another fun read.