This reporter had a medical emergency starting Tuesday, July 10 -- a kidney stone.

On advice of my doctor I hot-footed it to the emergency room of NYU at 9 p.m. where I got relief about six hours later when doctors flushed out the stone, a small mass of hardened crystals. Some 20 million Americans need treatment for kidney stones each year, one of whose causes is not drinking enough water.

I had no intention of writing about this incident until I picked up the Thursday, July 12 New York Times and read a detailed story of more than a page (2,651 words plus pictures) about a 12-year-old boy who was sent to the NYU ER and didnt survive.

A cascade of errors by Rory Stauntons own doctor and those in the ER resulted in his death April 1, four days after his initial visit. The precipitating incident, a fall in the gym that resulted in a cut, was wildly out of proportion to the ultimate result. 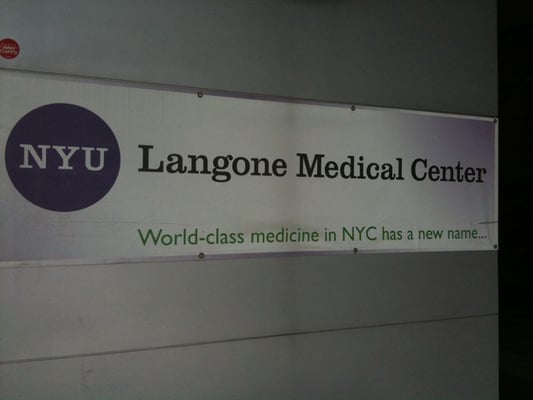 Staunton died of a massive infection that neither the ER nor his own doctor recognized, despite numerous signs that something serious was underway. There was all sorts of mis-communication and non-communication, documented by Jim Dwyer, who writes the About New York column.

Stauntons parents are as angry as possible and want a full accounting of what went wrong.

Dwyers account had drawn 1,558 comments by 10 a.m. today including many from doctors who denounced him as inaccurate and causing needless fear of ERs. Dwyer has written thousands of words in rebuttal to the critics.

NYT columnist Maureen Dowd wrote July 15 that Staunton was a victim of false assumptions, overlooked data and overburdened doctors who might have been saved by a swift dose of antibiotics.


My Diagnosis: Imbalance of Medical Staff

Having experienced four visits to the NYU ER in recent years, I can make a quick diagnosis of whats wrongnot enough doctors and nurses in the ER and more than enough in the regular hospital.

The hospital became the NYU Langone Medical Center following a gift of $200 million in 2008 from Kenneth Langone, a native of Roslyn Heights, New York, who became a venture capitalist and co-founder of The Home Depot. He gained notoriety by offering to buy the New York Stock Exchange.

Langone, since his name is plastered all over NYU Medical and he is board chairman, should take a look at this imbalance in how some of his money is being used. He might put up another $100M or so for ER personnel. Wikipedia estimates his worth at $1.3 billion.

My doctors and no doubt others say Get thee to the NYU ER when almost any condition comes up, including indigestion, sudden rash, and a painful shoulder (bursitis).

It seems like a form of medical cop-out. Stauntons own doctor, in reply to a question by Dwyer about the doctors mistakes in treating Staunton, replied, I sent him to a major medical center.

I suppose I needed to be in a hospital to get the stone removed but a friend told me about the same condition that was treated successfully in the doctors office.

Four visits to the NYU ER over the years provide plenty of evidence that it is being run far above its capacity. The ER, even in the wee hours of the morning, looks like Grand Central Station with patients stacked every which way, including in hallways and in close proximity to each other. Patient privacy is promised by a sign but its in short supply. NYU ER had 42,819 visits in the latest available year or more than 800 a week.

Doctors, nurses and medical personnel race around trying to keep pace with the flood of patients. Besides those referred by their doctors, there is a flow of people with no doctors of their own. I overheard patients saying they had no doctor when asked.

The scene at NYU is no doubt replicated across the U.S. since about 45 million have no insurance of their own and no recourse except the local ER.

Experienced ER visitors say always bring a lists of medicines being taken, past surgeries and any allergies. A spouse, relative or advocate should stick closely by who can explain your issues and needs and monitor any conversations with doctors.

After spending the night in the ER, I was transferred to the regular NYU hospital which abounded in doctors and nurses. I got plenty of attention. My vital signs were checked repeatedly. The atmosphere of calm, undivided attention to my symptoms was in contrast to treatment in the ER where personnel seemed to be working on many cases at break-neck speed.

Given my experiences, its easy to see how tests were made on Staunton and crucial, life and death results were not communicated to his family or doctor. That is a key charge in the Dwyer article.


PR Advice for the NYU ER

The word emergency seems to connote speed but thats in short supply at the NYU ER.

Upon entering I found two administrators, one of whom was busy with a patient and another who was doing paper work. I told the second one of my pain (nine on a scale of ten) and he told me to sit down and wait my turn. He didnt realize that people with kidney stones prefer to stand because that is the least painful position.

Recommendation No. 1 would be to have at least one medical person at the entry who can decide who should get treated the fastest. Triage should be based on those with the most pain rather than the order in which people arrive. Delay in treatment, as in Stauntons case, can lead to death.

My doctor had diagnosed kidney stone on the phone in a few seconds. It was not until around 1 a.m. that I saw an NYU doctor (one of two on duty as far as I could determine) and got the same diagnosis. Treatment began that removed symptoms by around 6 a.m.

The caring attitude of the staff in the regular hospital, backed by expertise, should be in evidence from the moment a patient enters the ER facility so that they get a seamless, consistent experience.

Dr. Karen Sibert, in a June 12, 2011 NYT op ed piece, wrote that the shortage of doctors (a 150,000 shortfall is predicted by 2025) is exacerbated by the failure of some women doctors to pursue their careers full time. Too many become part time doctors after marrying and having children. Women received 48% of the medical degrees in 2010, she notes.

Sibert describes a conversation with a female college student who wanted to know whether being a doctor was consistent with her rosy view of limited work hours and raising children.

Medicine shouldnt be a part-time interest to be set aside if it becomes inconvenient; it deserves to be a lifes work, concluded Sibert.

Dwyer called Lisa Greiner, senior director of institutional communications for NYU Langone, who offered the hospitals deepest sympathies but nothing else.
Wrote Dwyer: NYU Langone declined to discuss any aspects of Rorys care or hospital procedures.

Deborah Bohren is VP for Medical Center communications and PA.

Bohren, a graduate of Arizona State University with a B.S. in politcal science, also received a master of public administration from the JFK School of Government, Harvard University, in 1979. Before joining NYU Medical in December 2008, she was at Mass. Institute of Technology as SVP for external affairs from May 2007.