While international PR firms have focused on development of business in the BRIC countries, Fleishman-Hillard reports that Muslims, the single biggest market in the world, have been largely overlooked. 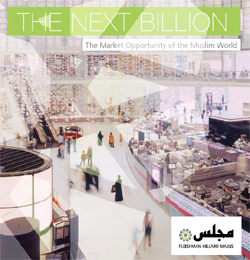 The Omnicom unit, which launched a dedicated Muslim practice last week, has published a must-read white paper called The Next Billion (PDF) that outlines the huge potential to exploit this market that is bound by shared values.

F-H contends the Muslim market is particularly attractive because it is largely young and part of an emerging middle class on the road to greater consumption. Islamic doctrine, by and large, is not ascetic and does not discourage trade or consumerism." The firm adds: Likewise, it does not divide the state from religion, which means that Muslims practice their faith hand in hand with the political, social and cultural roles they play in society.

The global Halal market stands at $2.3T, which is divided among food (61 percent), drugs (26 percent) and cosmetics (11 percent). F-H notes that Halal among some non-Muslims goes against the general sensibilities because it requires all blood to be extracted from meat. Thus, Halal is a negative word among certain audiences. The PR firm warns against going Halal by stealth. For instance, Kelloggs in the U.K. triggered consumer pushback after it put Halal certification on its cereal boxes without formally announcing its products were Halal-compliant.

A marketing director of a fast-food chain told F-H:

We face a communications tightrope and backlash if our main consumers believe they are being fed Halal products. There is a great resistance to Halal and it is mostly down to a misunderstanding of what Halal is. Most consumers still associate Halal with ritual slaughter and they are uncomfortable with religion being injected into their products. Their biggest problem is a lack of understanding.