Hill+Knowlton Strategies is fronting Chinas audacious all-cash $15.1B bid for Nexen Inc., one of Canadas biggest energy companies, as its mounts its biggest foray into the North American market. 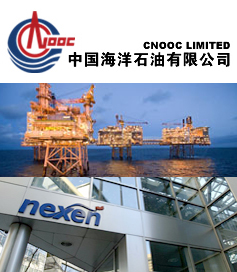 The acquisition bid by 70-percent-state-owned-China National Offshore Oil Corp. is bound to trigger heated political opposition in Washington over Nexens properties in the Gulf of Mexico.

The Democratic and Republican tandem of Bob Ludke and John Ullyot are H+K staffers who rep Cnooc in D.C. Ludke is former legislative assistant to Sen. Tom Harkin (Iowa) and senior policy analyst for the Senate Democratic Policy Committee.

Kim Jordan of H+Ks global energy practice joins them on the account. She was Houston bureau chief for Bloomberg News.

Cnoocs $18.5B bid in 2005 for Californias Unocal fell apart after a political uproar. The Chinese were largely interested in the southeast Asia holdings of Unocal, which was ultimately acquired by Chevron. [Public Strategies Inc., Brunswick Group and Burson-Marsteller's BKSH & Assocs. worked the Unocal bid for Cnooc.]

Cnooc CEO Li Fanrong said yesterday in Calgary that Cnooc learned valuable lessons from the Unocal failure, and noted that the current deal is a friendly acquisition that has the full support of Nexens board of directors.

Cnooc promises that Nexens U.S. assets will continue to purchase materials from local suppliers and be managed by current management.

Under the acquisition agreement, Cnooc will receive a $425M termination fee if either Nexen nixes the deal or it collapses due to regulatory pressures.

H+Ks Peter Hunt is spokesperson for Cnooc in Canada.