Hes an attractive and articulate candidate who will soon be in control of the Republican party along with other up & comers including Marco Rubio and Scott Walker. At this moment, its the GOP that has a better farm team than the Democrats. 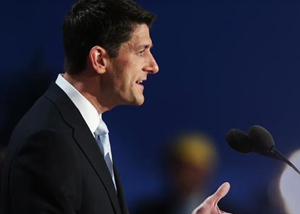 That said, why did Ryan dish out a series of falsehoods during his acceptance speech?

For instance, Ryan blamed president Obama for the shutdown of the General Motors plant in his home city of Janesville. GM closed the bulk of the plant in 2008 before Obama took office. That action cost 5,000 jobs in the area. The shutdown of an auto plant anywhere in the U.S. is major news. Its especially traumatic for a city of 64,000.

The shutdown date should be seared into Ryan's memory.

President Barack Obama came to office during an economic crisis, as he has reminded us a time or two. Those were very tough days, and any fair measure of his record has to take that into account. My home state voted for President Obama. When he talked about change, many people liked the sound of it, especially in Janesville, where we were about to lose a major factory.

A lot of guys I went to high school with worked at that GM plant. Right there at that plant, candidate Obama said: I believe that if our government is there to support you  this plant will be here for another hundred years. Thats what he said in 2008.

Well, as it turned out, that plant didnt last another year. It is locked up and empty to this day. And thats how it is in so many towns today, where the recovery that was promised is nowhere in sight.


If anything, Ryan should keep as far away from the auto industry as possible. Obamas rescue of the U.S. auto industry is among his accomplishments.

The Ryan whopper leads people to question other of his attacking points, such as blaming Obama for the downgrade of Americas credit rating. It was the Republican-controlled Congress failure to raise the debt ceiling that triggered the downgrade.

In his speech, Ryan noted the generational shift in Americas politics. The Wisconsin politico needs a little more seasoning and a lot more truth-telling before he is ready to take over.