Lawyers who have examined the 13-page Terms of Use agreement that PR Society members are forced to sign in order to gain access to all parts of the PRS website say it is not a contract because coercion is used and members are not bound by it. 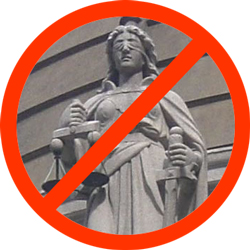 A contract is where there is an offer, then an acceptance, and then consideration for accepting the offer, say the lawyers.

Thousands of words are used in Wikipedia to define a viable contract. When you are forced to sign something in order to get benefits you have paid for it is not a contract, they added.

The 13-page PRS terms are not legally enforceable, the lawyers said. Any attempt to do so would bring the defense that there is a prima facie (on the face of it) case that no contract exists, said the lawyers.

Specifically, they said, members have the right to provide the press or anyone else with the financial report that was placed on the PRS website last week and which this website carried.

PRS itself did not post any story on the first half results. Members had to go to a finances section on the site to find out they had been posted.

There was no discussion of the financial report on the two Assembly delegate teleconferences Aug. 29.

The PRS alleged contract is too one-sided and apparently involved no negotiation with members, say the lawyers pointing out that the phrase at our sole (PRS) discretion, which is used five times, indicates a unilateral approach which is anathema to a legal agreement.

Says one paragraph: Our system is designed to detect potential unauthorized use, and we may suspend any account where violations of these terms of Use and Usage Policies are suspected. We also reserve the right to disable your user account at our sole discretion without explanation.

Mere suspicion can get a member booted from the site.

Page 6 of the text says, Unless otherwise indicated, PRS is the sole owner of the information collected on our sites.

Lawyers say the phrase, Unless otherwise indicated is meaningless because no specific instances are cited and that PRS is asserting ownership of postings.

The International Assn. of Business Communicators has a website user agreement that specifically says, We do not claim any ownership rights in the contents under your account. The IABC agreement does not threaten legal action except that a court injunction may be sought if it detects improper use.

Lawyers were also asked about PRS blocking this reporters access to the exhibit hall at the conference in Orlando last year.

They said that such action was a restraint of trade since one ODwyer product is its annual PR Buyers Guide that catalogues nearly 1,000 PR products and services in 60 categories and this reporter had a legitimate need and right to visit the more than 45 exhibits and collect news and information for the Guide.

Whether blockage will continue at the exhibit hall at the San Francisco Marriott Marquis Oct. 13-16 remains to be seen. PRS officers and staff refuse to answer questions about this.

The bad news about the PRS agreement is that PRS can block a member from web access and the only recourse the member has is some sort of legal action, which can be costly.

However, members can also publicize the fact that they are being deprived of a benefit that they have paid for and are legally entitled to, thus seeking to appeal to the consciences of PRS leaders and staff.

Taking an action against a member without due legal course is an unethical practice and particularly inappropriate during this, the PRS Ethics Month.