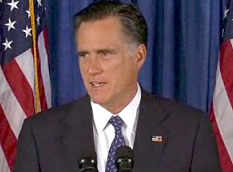 Today on Fox News, she praised President Obama and Secretary of State Hillary Clintons appropriate and moving tribute to the sacrifices made by the heroic U.S. diplomatic corps in the aftermath of the murder of U.S. ambassador to Libya Chris Stevens and three State Dept. staffers.

That stands in sharp contrast to Romneys reckless and nonsensical charge last night that president Obama sided with the Egyptian mob that surrounded the embassy in Cairo. Did Romney really believe the president supported the out-of-control rabble that threatened the lives of Americans? Cmon!

Noonan speculated that a weak and frightened embassy staffer issued the apology for the YouTube video that attacks Islam. He or she worried about survival at the hands of the angry mob. The White House rightly disavowed that note.

Noonan chided Romney for attempting to exploit the chaotic situation. She believes discretion is the best strategy in times of high drama and heightened violence. When hot things happen, cool words or no words are the way to go, she said.

Romneys 9/11 bashing of the White House shows the man is non-presidential and in way over his head. The U.S. has embassies throughout the Islamic World. They are on high alert. Romneys hot words are no help. Obama, acting presidential, has vowed that justice will be done.

The former Massachusetts governor is beginning to look a lot like John McCain, the Republican candidate of 2008. McCain appeared clueless about the financial crisis and the global impact of the Lehman Brothers collapse. He shrank as his campaign progressed, or, more aptly, fell apart.

As Noonan noted, Romney -- in politicizing the embassy attack -- is not doing himself any favors.