The PR Societys biggest chapter by far, National Capital, is wracked by undemocratic practices and has served as a footstool for national leadership for far too long.

We have hopes that it will change this year because NCC president is Suzanne Holroyd, Ph.D., director of communications, Secretary of Defense Sexual Assault Prevention and Response Dept. She holds the new APR for military communications (APR+M).

The Dept. of Defense is not noted for standing down when basic American liberties and freedoms are at stake including freedom of the press. On the contrary, it fights for such rights.

Also germane is that Holroyd has a Ph.D. in political science from the University of Southern California. About all we see going on at PRS are politics, politics and more politics.

If youre wondering why Diane Gage-Lofgren of Kaiser Permanente is conducting the Oct. 13 afternoon Assembly session you have only to note that the $47 billion healthcare giant is the premiere sponsor of the conference.

Gage-Lofgren is speaking out of both sides of her mouth when she says at one point that the three-hour session will be an unconference where delegates can pick their own topics but then adds that it will be highly structured with only one topic allowedhow to build membership and income.

Instead, the major topic should be shifting more funds to the chapters where most of the PRS action takes place, as numerous polls have shown. Average chapter dues are only $55 while national dues are $255 -- nearly five times as much.

Gage-Lofgren is a member of the Arthur W. Page Society where telling the truth and proving it with action are the main principles. She does not return our phone calls or e-mails. We wonder what KP CEO George Halvorson makes of KPs association with PRS? He is a leader in healthcare and the author of books on it. Perhaps KP has a unit that can tell right from wrong.

Chapter-only membership ought to be the chief topic Oct. 13.


Chapter Leaders Have Sold Out
Far too much power and money have flowed to national and this has been allowed by chapter leaders who sell out to national for all sorts of baubles including the free weekend in New York each June and appointments such as head of one of the 30 national committees, Silver Anvil judge, speaker at a national conference, etc., etc.

There is also the fear of incurring h.q.s wrath by being a dissident.

Counselors are stroked by the new biz leads that flood into PRS h.q. The number one request that h.q. gets every month is where can I find a PR firm? said a publication of the Counselors Academy. Who gets those tips?! The ODwyer website posts more than 150 RFPs a year. 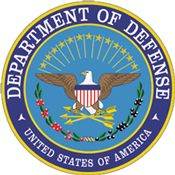 NCC has nearly 1,500 members in its area and has 14 delegates who have been picked to go. Actual chapter membership is about 1,150.


Delegates Missing from Web for Months
The delegates names were not been on the NCC website from June to this past weekend. They were inadvertently left off during a web re-make. No one noticed or complained until this reporter did, which indicates lots of apathy in NCC despite its big numbers.

Holroyd ought to speak out against that practice. No democracy in the world has a secret legislature.


12 of 14 NCC Delegates are APR
Another abusive practice of NCC is allowing a disproportionate percentage of delegates to be APR. Since only about 200 of NCCs members are APR out of 1,150, only 20% (three) should be delegates.

Twelve of the 14 delegates slated to go to S.F. are APR. In 2010, when the Committee for a Democratic PRS was seeking publicity on its drive to let non-APRs run for national office (for the first time since the 1970s), NCC under chapter president Jeff Ghannam refused to report the Committees existence on the NCC website.

None of the chapters did, as far as we could determine. They were and continue to be under the thumb of national (i.e., politicized).

Tracy Schario, NCC president in 2006, led nationals battle against the bylaw proposed by Central Michigan that would establish the Assembly as the supreme authority of PRS, modeling it after the houses of delegates of the American Bar Assn. and American Medical Assn.

Schario told the Assembly that all 13 of NCCs delegates (12 of them APR) would vote against the move.

She said it would turn Society governance on its head, involving the Assembly in day-to-day operations. CM Delegate Mark Holoweiko, the only one speaking in favor of the proposal, said the Assembly would set policy and not get involved in day-to-day business.

He branded as lies claims by national that the Assembly already had the powers it sought and that all delegates would have to get directors insurance. There was no mention of the CM proposal in Tactics or Strategist and only the words in the agenda on the proposal were Role of the Assembly.

Holroyd should protest such policies.


APR Politics Rules in the Assembly
An Assembly that is 70% APR is never going to ditch the APR rule that bars non-APRs from national office and the Ethics Board, relegating them to second-class citizenship. Prospective members are not warned about this.

NCC argues that their delegates are elected. But we argue that the chapter should limit APRs to the proportion of its members since otherwise the Assembly delegation is unrepresentative of the members. An Assembly that is 82% non-APR would quickly ditch the rule blocking non-APRs from national office and no doubt institute many other reforms.

Numerous abuses have taken place under the APR rule, the chief one being allowing too much power to gather at h.q. The APRs have squandered millions of dollars of members money including losing $2.92 million on the program from 1986-2003, moving h.q. downtown and out of reach of New Yorkers, and virtually eliminating New York as the site of the annual conference.

Information-blocking tactics have proliferated including withholding the Assembly transcript since 2005; withholding the delegate list since 2005; cancelling the printed members directory without any input from the Assembly and refusing to provide a PDF of the directory to members who want it; removing the single list of chapter presidents from the website as well as the names and contact points of all but about nine staffers.


Holyrod, NCC Should Practice Democracy
Those who get the APR-M supposedly gain knowledge, skills and abilities above those of your peers to become a trusted counsel to the commander with the background and experience to make well-informed decisions

The previous statement is a violation of the guidelines of the Universal Accreditation Board that say APR must not be used for competitive purposes. APRs are not to hold themselves out as better than non-APRs. Violation of this rule will result in removal of the APR, says UAB.

Holroyd, as head of the biggest chapter, has enough clout to get national leaders and staff to rescind their anti-American policies especially interference with press coverage of the national conference which has been condemned by the National Press Club and many others. http://bit.ly/p0jJuj