In his best man of the people pitch, former General Electric CEO Jack Welch wrote in todays Wall Street Journal opinion piece that many people he knows are having such a hard time finding work.

He performed a public service. The vast majority of Americans had no idea of the economic plight of the one percent crowd. Thanks, Jack. 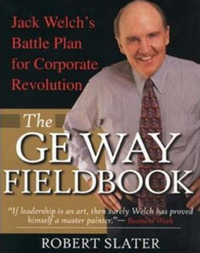 Concern for the unemployed is a touching sentiment from old Neutron Jack, who, during the glory days of the Cold War, was working on a bomb that would destroy people, but not buildings. Tipping my hat to Forbes, the neutron bomb was the ultimate capitalist tool.

Rupert Murdochs Journal provided Welch a platform to defend his Oct. 5 Tweet that accused the Obama White House of cooking the better-than-expected unemployment numbers put out by the Bureau Labor Statistics. Unbelievable jobs numbersthese Chicago guys will do anythingcant debate so change numbers.

Welchs only admitted mistake: He would have added a few question marks at the end of the Tweet.

Welchs wild conspiracy theory was not taken too lightly at Fortune and Reuters, which had published Welchs columns. Fortune.coms Stephen Gandel posted a piece Oct. 9, reporting that President Obama has a much better job creation record than Neutron Jack, who presided over GE for two decades.

GE lost nearly 100,000 jobs while Welch was at the helm of the company -- a tenure that spanned two of the most robust periods of economic growth in American business history, wrote Gandel. Of those cutbacks, Welch famously said that he never put himself out there as an employment agency.

Jack and wife, Suzy, have resigned their slots at Fortune and Reuters, believing they can get more traction at Murdochs property. After todays piece, they got that right.

The big problem with Welchs off-the-wall complaint about the BLS: Why was that same measurement treated as a gold standard by conservatives when they showed a rising unemployment rate?

Another question: Why are Obama critics so dead set on denying him any glimmer of hope for the economy? Aren't we suppose to be cheering for America's comeback?