Monster Beverage Corp. is relying on PR support as the energy drink titan copes with a lawsuit and Food and Drug Administration probe into five deaths and other illnesses possibly linked to its products.

Los Angeles-based Pondel Wilkinson, which has handled investor relations for the publicly traded company, is working the PR front and speaking for Monster. PW VPs Evan Pondel, a former journalist and son of PW founder Roger Pondel, and Judy Lin Sfetcu, are serving as spokesmen for the company, which changed its name from Hansen Natural in January. 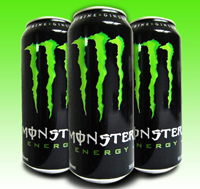 A negligence lawsuit was filed this month against Corona, Calif.-based Monster by the family of a 14-year-old girl, Anais Fournier, who died last year from a heart arrhythmia after drinking Monster beverages. The suit accuses the company of failing to warn of the risks of its drinks.

A Freedom of Information Act request related to the suit revealed the FDA incident reports, which date back to 2004. The New York Times reported the deaths have occurred in the last three years, however.

Monster does not believe that its products are in any way responsible for the death of Ms. Fournier and intends to vigorously defend the lawsuit, the company said. The FDA has made it clear that it has not established any causal link between Monster Energy drinks and the reports it has received.

Monster notes that tens of billions of energy drinks have been sold and safely consumed for the past 25 years, including eight billion cans of Monster Energy since 2002.

An FDA director told the Times that energy drinks are not defined by any regulation and noted the phrase is a marketing term.

But the American Beverage Association says energy drinks, like all foods and beverages, are regulated by the FDA, adding they contain half the caffeine of a similar size cup of coffee.

The Washington, D.C.-based American Association for Justice, the trial lawyer trade group formerly known as the Association of Trial Lawyers of America, is helping to publicize the Fournier lawsuit and pushing for oversight of the products.

I was shocked to learn the FDA can regulate caffeine in a can of soda, but not these huge energy drinks," Fourniers mother, Wendy Crossland, said in a statement. With their bright colors and names like Monster, Rockstar, and Full Throttle, these drinks are targeting teenagers with no oversight or accountability.