The PR Service Council, a New York group dedicated to winning better treatment for service firms at PR Society annual conferences, folded in 1995 after PRS closed the exhibit hall rather than deal with the PRSC.

However, the need remains for service firms to win better treatment from PRS which they obviously dont get because only 55% of the 2011 exhibitors came back for the 2012 conference.

Another need is for the profusion of new PR service firms, estimated at nearly 500 by some of them, to explain their complicated services to an audience of PR people who are mostly not technically-oriented. They are more concerned with preparing copy for use with editors and social media and dealing with such target audiences on a one-to-one basis. 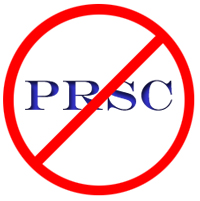 PRS attacked the PRSC because the latter was getting too powerful.

Major PR execs addressed its monthly lunches including Kirk Stewart, then president of Manning, Selvage & Lee, who described to a meeting in July 1991 the top five things a PR firm wants from a service firm (accurate estimates, speed, truthfulness, lots of service and high quality work).

Alex Stanton of Dorf & Stanton, addressing an October 1993 meeting, described trends in PR including the shrinkage of corporate PR staffs, the growth in PR specialties, and the growing importance of technology.

Betsy Kovacs, EVP of PRS, addressed a July 1991 lunch, urging the services not to boycott the conference in Phoenix in November.

Doubt about taking exhibit space had been expressed by PRSC members who noted that Arizona had touched off a storm of criticism by keeping its meeting in Phoenix even though the state voted not to observe the Martin Luther King holiday.

ODwyer's Newsletter covered the meetings and initiatives of PRSC which included drawing up a code of ethics for VNR producers; organizing a series of service firm days that would be a showcase for firm offerings, and pressing for admittance of service firm to PRS membership.

PRSs New York chapter had abandoned monthly lunches by the late 1980s and PRSC was taking up the slack.

Mark Weiner, president of PRSC for its first four years, said in 1991 that PRS had failed to integrate PR services professionals into its agenda. Weiner said his proposal that service people be allowed as associate members was ignored by PRS leaders.

The services group closed shortly after receiving the news of the cancellation of the exhibit hall which was delivered to PRSC by personally PRS COO Ray Gaulke on Jan. 19, 1995.

PRS also did a disservice to the exhibitors at its 2011 and 2012 conferences by blocking ODwyer editors from the exhibit hall.

More than 40 service firms did not get the chance to discuss their products and provide explanatory materials to the ODwyer staffers. PRS has ignored pleas by the National Press Club and New York State Senator Liz Krueger to stop this interference with press coverage.


Abuse of Services Led to PRSC

The PRSC was created in the late 1980s by service firms that were fed up with haughty, snobbish attitude toward the firms that was adopted by PRS leaders and staff.

The attitude was that we were not professional like the PRS members, said a member of PRSC.

Service staffers were not allowed to join the Society.

Worse yet was the treatment of service firms at the annual conference as reflected by the location of the exhibit hall which quite often was far removed from the line of traffic.

One year we were two escalators below the place where the main sessions were taking place and at the far end of a cavernous hall that was about a football field in length, said a PRSC member.

Michael Lissauer, then VP-marketing of Business Wire, was elected president of PRSC in 1993.

Virtually all the major and smaller service firms in New York were members.

Smaller firms that could not afford a booth paid $100 to put their flyers on a literature table that was set up in the exhibit hall.

When some services and others persisted in displaying their promotions in spite of the increased cost, PRS closed the table altogether.