Canadas government is collecting proposals from PR firms to develop a strategy to reverse declining civic engagement among youth. 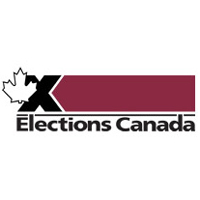 The Office of the Chief Electoral Officer of Canada, an agency of the Canadian Parliament commonly known as Elections Canada and based in Ottawa, has released an RFP for a three-year PR strategy to engagement stakeholders through forums like academic symposia, consultations with educators and community leaders, and through venues where youth gather to stem a long-term decline the country traces back to the early 1970s.

Not only are todays youth much less likely to vote than previous generations, they are also less likely to become regular voters later on in life, says the RFP.

Only about 39% of Canadian voters aged 18-24 cast ballots in 2011 federal elections. By contrast, from 49%-54% of American youth 18-29 voted in the 2008 presidential election, according to the Center for Information & Research on Learning and Engagement.

Canada notes the decline has serious implications for the long-term health of its democratic system.

A one-year contract with a budget between $100K and $500K will carry two option years.