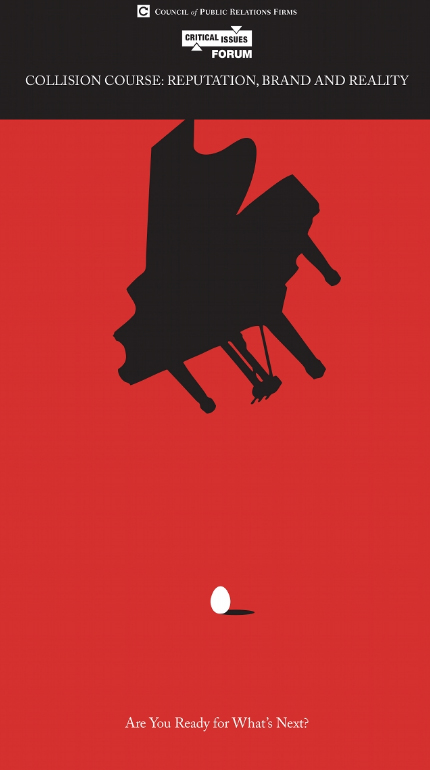 Lands shot at levity came during his response to a question about diversity at the Purchase, N.Y.-based beverage-based food conglomerate. He said Pepsi was among the first companies to field a black sales force.

...Kelly Vanasse, VP-communications at Procter & Gambles global business units, looks for scrappiness in communicators, adding that some PR people are scrappier than others.

She talked of the consumer products powerhouses sponsorship of the London Olympics (32 brands plus P&G corporate), which she said resulted in an 89 percent rise in P&G's brand favorability numbers and incremental sales of $500M.

In her former post as beauty products/gooming PR chief, Vanasse was obsessed with getting guys to shave more, preferably with a razor from P&Gs Gillette unit. A dab or two of Old Spice would have made Vanasse even happier.

A consumer enters the McDonalds brand when he walks into a local McDonalds, according to Coffing. The 27-year Big Mac veteran stressed the importance of communicators to keep calendars of upcoming events in this 24/7 world where its always the middle of the day somewhere. Land added that learning something about your company/client via a Google news alert is the biggest nightmare for everybody in the room.

...Greg Martin, executive director, communications strategy and news operations at General Motors, covered the No. 1 automaker's effort re-invent itself after the government bailout left it with the stigma of "Government Motors." He also reminisced about the death of the GM's once high-flying and innovative Saturn brand.

To Martin, the beginning of the end was when Saturn starting producing cars designed by Opel at its Spring Hill (Tennessee) facility.

...Spud News: Coffing said McDonalds worked with the Russian government for 10 years to get the countrys soil right so farmer grow potatoes good enough for the chains French fries.

Land said PepsiCos Frito-Lay operation ran a similar operation with the Government of the Peoples Republic of China to help farmers get better yields on their potato crops.

...The event was held at the glorious 583 Park Avenue event space, which is home to Third Church of Christ, Scientist.

...Congratulations to Fleishman-Hillard CEO Dave Senay, who was elected 2013 chairman of the Council effective Dec. 1.