The power of PR shines in its full glory in the case of the shaming of Sanofi over its very pricey cancer treatment, Zaltrap. 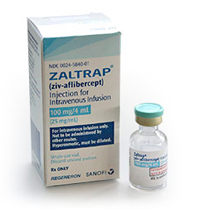 Three doctors at New York Citys prestigious Memorial Sloan-Kettering Cancer Center penned an op-ed in the New York Times last month, explaining why they are not going to give a phenomenally expensive new cancer drug to our patients.

The physicians wrote their decision to ban Zaltrap should have been a 'no-brainer. They pointed out that Zaltrap, which costs an average $11,063 a month, is twice as costly as Genentechs Avastin without significant benefits.

Doctors Peter Bach, Leonard Saltz and Robert Wittes wrote: Ignoring the cost of care, though, is no longer tenable. Soaring spending has presented the medical community with a new obligation. When choosing treatments for a patient, we have to consider the financial strains they may cause alongside the benefits they might deliver.

The decision to exclude Zaltrap from our hospitals formulary was a hard one to make. But because our medical culture equates new with better so unequivocally, a decision like this one can seem out of place at a leading cancer hospital. Political rhetoric today is similarly slanted. Our refusal to adopt this remarkably expensive therapy risks being labeled rationing, not rational.

Sanofi is now singing a new tune, according to a report in Thursdays Cancer Letter. Though the company believes Zaltrap is priced competitively as used in real-world situations, Sanofi is halving its price in the U.S. due to some market resistance to the perceived relative price in the U.S. Sloan-Kettering, however, is sticking to its decision to avoid even a discounted Zaltrap because the hospital believes the drug is no better than Avastin.

Sanofi has a PR problem on its handsthanks to the trio of doctors who wrote: But if no one else will act, leading cancer centers and other research hospitals should. The future of our health care system, and of cancer care, depends on our using our limited resources wisely.