Battered by a crushing election loss, Republicans are trying to shed the perception that the party is beholden to Big Business and the super-wealthy, according to a report in todays Wall Street Journal. GOP leaders believe poor PR is their problem. Cmon.

The Republican comeback will only happen when the party faces reality. During the just-completed campaign season, the party did stand for unfettering Big Business and showering it with tax breaks. 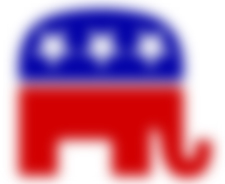 Thats been the GOP position pretty much since Ronald Reagan. Its a fair, but losing position.

If Republicans want to be more inclusive, they must deal with the reality that their vaunted job creator class is a very small slice of the electorate. Republicans once boasted that it was the party of new ideas.

How about coming up with some ideas and programs that will appeal to women and minority voters?

A good start would be to rip up the no-tax pledge of zealot Grover Norquist, founder of Americans for Tax Reform. His pledge is a straight jacket for Republicans who want to work with Democrats and avoid the so-called fiscal cliff.

Another thought: stop presenting out-of-the-loop characters like Congressman Todd Akin, who blew a golden opportunity to trump the very vulnerable Democrat Senator Claire McCaskill of Missouri. Akin is the guy who said a woman can shut down her body after a legitimate rape.

The defeated Congressman blames backstabbing by GOP Senators for his loss. Hes miffed that Arizonas John McCann said Akin would not be accepted by Republicans in the Senate. That statement was used in an anti-Akin ad.

McCaskill hammered the once-favored Akin by a 54.7 percent to 39.2 percent margin because of his crazy notion of legitimate rape, rather than McCains quote.

Todd is thinking about writing a book or looking for a lobbying job in D.C. after he becomes unemployed in January.

Good luck with that.