Rupert Murdoch is laying off 126 people when he closes The Daily, the iPad publication that he launched last February with great fanfare. News Corp. disclosed the number of layoffs in a filing with New York State Labor Dept. 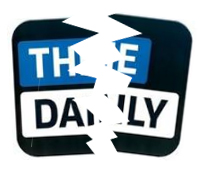 In launching The Daily, Murdoch promised to deliver the magic of newspapers. That promise doomed the tabloid. One hundred twenty six people is a pretty hefty staff for a tablet publication, where speed and nimbleness are keys.

The Daily launched with bureaus in New York and Los Angeles and stringers throughout the country. That's an expensive proposition for a start-up. Did Rupe use the Wall Street Journal as a business model for The Daily?

And of course, Murdoch is a guy with ink in his veins. The New York Post, for instance, has gushed red ink for years under News Corp. The Daily gets a mere two-year run. It is axed because Murdoch says its 100K subscribers fall well short of the half-million readers that are needed for profitability. My guess is that Ruperts heart just wasnt into the tablet. The Daily also was a nifty diversion from the phone hacking scandal in the U.K.

The death of Apple CEO founder Steve Jobs was another huge blow to The Daily. Apple launched The Daily with News Corp. Jobs said of The Daily: We think it is terrific and iPad users are really going to embrace it.

A little marketing magic from Jobs may have been the boost that the Daily needed to survive as a standalone publication.