Nevada kicked off a PR firm search Wednesday to drive communications strategy for its upcoming sesquicentennial. 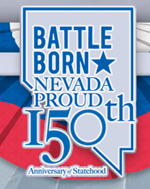 The Silver State will mark its 150th anniversary with a year-long commemoration starting on Nevada Day, Oct. 31, 2013. An RFP released on Jan. 2 calls for proposals from a PR agency to develop messages, drive media relations, and engage stakeholders for the anniversary. Social media, public affairs and other tactics are on tap.

Firms pitching the account must have experience in statewide campaigns -- locally and nationally -- and a primary Nevada presence, or partner with a firm that fulfills the qualifications.

Nevada Gov. Brian Sandoval has established a 150th birthday planning committee to produce the festivities, which run through Halloween 2014.