John Schnatter, the pizza mogul behind the Papa John's empire, is pushing back against critics with an organized PR effort after sparking a debate in November when he said Obamacare could lead to price increases and cuts to work hours. 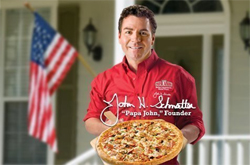 Crisis specialist Sitrick and Company is supporting the defense, which has included interviews of acquaintances and colleagues and an op-ed clarifying Schattner's stance on the Affordable Care Act, while criticizing media for misunderstanding his earlier comments.

A Jan. 14 profile by the Courier-Journal of Louisville (picked up by USA Today) lauds his charitable work in his hometown of Louisville. Schattner told the paper in his first interview since the flap last fall that his remarks were "misconstrued" by reporters and he lamented that he didn't respond quickly enough.

One example of the company's muscled-up PR came last week. After market research firm YouGov reported in late November that consumer perception of the Papa John's brand declined amid the Obamacare flap, the company on Jan. 11 released to the media a statement it received from YouGov noting that its brand perception actually increased during the same period among casual dining eaters and in other categories. YouGov added that it was "happy to make this clear."

"Papa John's too is happy YouGov issued a statement acknowledging this fact and wishes that YouGov had included all of this information in their November 30 web posting and press statements," the company said, via Sitrick.

Schnatter, who hosted presidential hopeful Mitt Romney for a fund raiser at his home last year, published an op-ed in the liberal-leaning Huffington Post after the presidential election in November, criticizing the media for twisting his words and saying his company would honor the law.