Mickey Nall, managing director, Ogilvy PR/Atlanta and 2013 chair of PR Society of America (the Society), who will address the Georgia chapter in Atlanta Feb. 22, has put Society ethics last on a list of his concerns for 2013.

Here is how he answered when asked, So whats the business ambition of PRSA? by Bulldog Reporter Dec. 10, 2012:

I think our brand is personified in the strategic plan we are operating under. There are five pillars to that plan. We've presented them in an A, B, C, D, E format:

Note: This focuses on helping districts, sections and chapters, not PRSA national. An example includes providing website templates for each chapter next year.


Societys Code Puts Ethics as No. 1

Nall may see ethics as low on the Societys totem pole but the Code of Ethics itself puts ethics as the No. 1 duty of members.

Says the Preamble to the Ethics Code, an essay that uses the words ethics or ethical nine times:

Ethical practice is the most important obligation of a PRSA member.

Nalls problem is that the Society is involved in unethical practices including barring reporters from its annual Assembly the past two years; withholding its IRS Form 990 Tax return from the Assembly the past three years, and having a formal boycott against all ODwyer employees and assigns since 2011. ODwyer reporters were not allowed in the conference exhibit hall in 2012.

The 2000 Society board at its first meeting repealed an ODwyer boycott passed twice by the 1999 board. Requests for the 2013 board to take similar action have been ignored.


How Nall Got to Be Chair

Nall, in an interview in the January Tactics, said the suggestion that he become Society chair was given to him by former Ogilvy PR chair Marcia Silverman at the 2010 Paladin Award dinner of the Foundation of the Society.
His first reaction was to shrink from the suggestion.

The article notes that Gary McCormick, 2010 chair and chair of the nominating committee in 2012, was present at the dinner.

Copy says: And Marcia looked at me [and McCormick] and said, Why dont you do that? [Laughs] I said Well, its a commitment. [Laughs] She said, Absolutely. We want you to do that. Wed love for you to be the first Ogilvy PRSA chair and CEO. And I was like, I would love that.

McCormick, based in Knoxville, Tenn., and a Southerner like many recent officers of the Society, had resigned from the board on Oct. 4, 2011, citing personal and professional reasons. No further explanation was ever given although the ODwyer Co. sought one. However, he apparently kept his right to be nomcom chair two years after being chair. 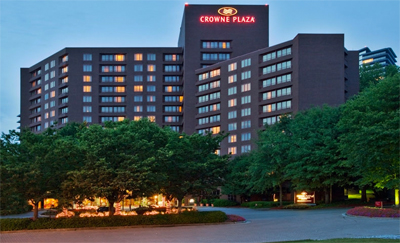 Nall, who will be addressing the annual Real World Conference for PR students at the Crowne Plaza /Atlanta Perimeter at Ravinia, said in the Tactics article that members are concerned about advancing in their jobs and having jobs. He says every indicator shows there are more jobs in PR but from what people tell me, its still difficult to find a job.

Nall said: At Ogilvy, I receive so many resumes for every position. I look at their resumes, and Im seeing two and three internships. Thats what Im looking for to startjust to get the pile down to a manageable number to begin the selection process.

Nall in the same article praises VP-PR Arthur Yann as the senior professional staffer who has been spear-heading our outreach [advocacy] program. The advocacy work that enhances the value of PR is key in making sure were doing that in a way that excites members.


Ethics Was Too Costly

The Society in 1999 declared its Ethics Code inoperable for a number of reasons including the cost of enforcement.

Spending on enforcement, including hearing numerous cases that were settled privately, totaled $365,993 from 1988-2001.

In place of concern over ethics has come an emphasis on what are or are not the legal rights of members. For instance, members can only legally obtain a copy of IRS Tax Form 990 by visiting h.q. or making a request in writing. The Society notes it is under no legal obligation to provide the 990 electronically. The IRS sends such forms to GuideStar where they may appear years after the period in question. Latest Society 990 on GuideStar is for 2010.


No Press Passes for Nall Talk

Georgia chapter president Alicia Thompson, VP, communications and PR, Popeyes Lousiana Kitchen, said there are no press passes for the Nall appearance although the meeting is on-the-record and reporters may attend if they purchase tickets. More than 200 students are expected and more than 100 chapter members and guests.

Copies of presentations by speakers are not provided to reporters, Thompson said. Whether members will be able to ask Nall questions could not be determined as of press time.

Thompson said the program is focused exclusively on providing PR students with presentations and experiences that enhance their studies and career planningMickeys presentation on a multi-generational workforce will be targeted to the student audiences.

An ethical issue is the rarity of appearances by Society chairs at membership meetings of the 110 chapters.

McCormick appeared before seven chapters during his year as chair, most of them near his offices in Knoxville.

There is no law that chairs must appear before chapter memberships and take questions but they should.

Martin Luther King Jr., whose birthday is being celebrated Monday, said: He who accepts evil without protesting against it is really cooperating with it.