My favorite conservative columnist, Ross Douthat, in his Feb. 23 New York Times piece, put a somewhat positive spin on post-employment America, or the life of leisure enjoyed by people struggling to get by on food stamps and a series of minimum wage jobs. 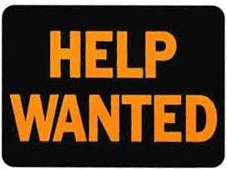 It makes one wonder if Ross knows anybody who has been pounding the pavement day after day in search of work. Its a soul-crushing experience.

His piece was reminiscent of a Wall Street Journal editorial a few years back, which toasted the lucky duckies who paid no federal income tax because their wages were so low.

Of course, nobody is hailing this trend as the sign of civilizational progress. Instead, the decline in blue-collar work is often portrayed in near-apocalyptic terms  on the left as the economys failure to supply good-paying jobs, and on the right as a depressing sign that government dependency is killing the American work ethic.

That dependence is what keeps millions of Americans alive in our cut-throat global economy.

Todays lucky duckies, in Douthats view, are beneficiaries of Americas vast wealth, where the rich are guilty of subsidizing the unemployed/underemployed. Hats off to the benevolent one percenters!

Many of the Americans dropping out of the work force are not destitute: theyre receiving disability payments and food stamps, living with relatives, cobbling together work here and there, and often doing as well as they might with a low-wage job. By historical standards their lives are more comfortable than the left often allows, and the fiscal cost of their situation is more sustainable than the right tends to admits.

Geez, theres nothing like a broken down 45-year-old man moving back in with mom and dad.

The Times columnist does concede that the decline in workforce participation leads to family breakdowns and the end of any chance of social mobility. That said, he wrote: One could make the case that the right to not have a boss is actually the hardest won of modern freedoms: should it really trouble us if more people in a rich society end up exercising it?

We should be very worried.