Maine has begun a review of its six-figure tourism PR account and is collecting agency proposals through mid-April. 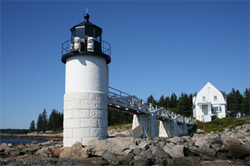 Maine last reviewed the account in 2010, when it carried a $650K budget. Marshall Communications of Augusta is the incumbent.

Firms are not required to be in Maine but must have an office or strategic partner within two hours of Augusta.

Proposals are due April 18.

Maine boasts 5,500 miles of coastline and more than 540K acres of state and national parks, including Acadia National Park.