Theres a kernel of truth to the notion that Republicans lost a very winnable presidential election because of poor PR.

Clueless Mitt Romney, of 47 percent infamy, certainly was no match for President Obama and the Democratic communications machine -- though the commander-in-chief did make it interesting during his debate snooze. 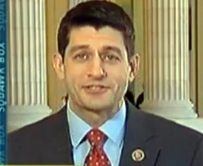 The biggest stumbling block for the GOP comes down to a more daunting obstacle: issues. The party is simply on the wrong side of them when it comes to matters that affect the vast bulk of Americans.

For example, take the so-called Path to Prosperity budget introduced today by Congressman Paul Ryan, a guy whos the gift that keeps on giving to the Democrats. A more apt name: Road to Disaster for the Republican party.

The budget blueprint is a rehash of past and already discredited reform ideas put forward by the ex-VP candidate that rely on gutting Medicare/Medicaid, trashing Obamacare, and slashing social spending, while shielding the Pentagon from cuts and lowering corporate tax rates. Didnt we hear that song before? Its the same plan that bolstered Democrats and contributed to the GOP loss of the White House.

While Ryan draws jeers from the majority of Americans, he receives cheers by members of the GOP elite, a tiny slice of the overall population. Hes viewed as the golden boy with fresh thinking, though that same thinking is deemed toxic by the general public.

As long as Democrats control the White House and Senate, Ryans proposals will go nowhere. So whats his point? I know a lot of stubborn Irishmen, but Ryan takes the cake. He only reinforces the widely held perception that Republicans are owned lock, stock and barrel by Corporate America and the super-affluent.

Theres no way to put a positive spin on Ryans proposals. Its way beyond that.

The GOP needs a change of course, rather than better PR.