PR walks an ethical tightrope and industry players are prone to fall every now and then.

There's a lot of talk about Reverb Communications this week after its interns apparently posted favorable reviews of a client's application in the Apple App store. The firm has suggested the interns were acting on their own, but even if they were they should have disclosed their ties to a gaming PR firm. 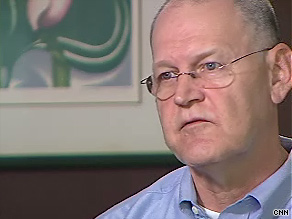 An AstroTurfing campaign by Bonner & Associates drew national attention this month when a staffer sent fake letters to members of Congress criticizing a climate bill on belf of the coal industry.

These two cases each show an ethical wrong -- communications issued on foggy or phony pretenses.

Wendell Potter is another ethical story for PR. The former VP of corporate communications for health insurance giant Cigna switched sides (so to speak) and is speaking out against PR and other practices of the insurance industry as the country debates reforming the healthcare system.

Potter, who first hit our radar in an eye-opening Q&A in the Columbia Journalism Review in June, is viewed by many as an altruistic force of ethical awakening. He says he didn't want to be part of another healthcare industry "reform" effort that would benefit insurers at the expense of the public so he quit Cigna.

He's implied that reporters are not fulfilling their duties in covering the insurance industry and claimed that he routinely left out key information in working with the press. Asked how PR people can influence coverage, he said:

Over the years I developed relationships with key reporters. When you do that, you are in a much better position to influence the tone and content of stories reporters write, or at least be sure that your companys key messages are included. Its similar to the way special interests woo members of Congress. Its not just money; its relationships.

So, viewed through the lens of the PR industry, is Potter a hero or a turncoat? Even though PR doesn't abide by a privilege akin to the legal field, his work at Cigna was that of an employee paid to advocate for his employer. He quit and is using the information he retained as a company insider against his former "client."

On the other hand, he is shedding light on how one insurance company (and likely others) approach PR, the media and government.