A committee including Richard Edelman of Edelman, Art Stevens of StevensGouldPincus, and Dave Rickey, bylaws revision chair of PRSA, (pictured, L-R) is collecting signatures on a petition to remove APR as a condition for being a national director or officer.

Members who support the move may do so by e-mailing Sandra Fathi of Affect Strategies, New York, a member of the committee, or by signing an online petition set up for the effort.

The goal is to obtain at least 1,000 signatures and present them to the Assembly Oct. 15 in Washington, D.C.

A press release was sent today to PR websites and publications, the 110 chapter presidents and the 16 section chairs. 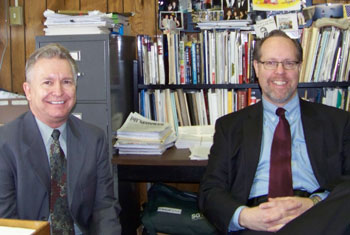 Society chair Gary McCormick and COO Bill Murray (pictured) said today that the group led by Edelman, Stevens and Rickey would not be allowed to blast e-mail the 21,000 members using the Societys list.

The Society regularly blasts e-mails its members information about webinars, seminars and other matters with the exception of some members who have opted out.

Stevens said the committee will e-mail the 21,000 members on its own.

Murray said there are no immediate plans to publicize the groups campaign for signatures either via the online Tactics or PRSAY, the discussion group hosted by the Society that is open to non-members as well as members.

Some senior members protested this, saying the initiative by leaders of the stature of Edelman, Stevens and Rickey is a major news story that should not be suppressed by a Society whose code says members must respect all opinions and support the right of free expression.

The initiative will probably be put on the Issues and Trends part of the website at some point, said Murray.
McCormick, in an e-mail to this website, said: While we are aware of the groups activities and have discussions with them about how they could best proceed in obtaining signatures for the petition, we have not seen any language for the amendment nor has it received the required signatures for consideration at Assembly at this time.

When the group receives the signatures and forwards the language they would like the Assembly to consider, the Society will develop an outreach program around the amendment to advise our members and Assembly delegates as we would any bylaw revision.

Regardless of the content of the amendment, it follows the same process and procedures that any bylaw would follow to come before the Assembly for discussion and vote.

Some senior members saw in the Societys response an attempt to frame the groups quest in legal rather than news terms.
This is not something that must merely follow established procedure for a bylaws amendment but is a major news storya revolt by leading members in the Society against the nearly 40-year rule of the organization by APRs, they said.

As such, said the senior members, it deserves coverage as a news story just like any of the other stories covered by online Tactics.
What is going on now is censorship and blockage of news flow, they said.

They recalled the abortive attempt by the Central Michigan chapter in 2006 to put the Assembly in charge of the board, reversing the current order of power.

The chapters petition was given to the board in April of that year and was never mentioned in any Society media. No other chapter supported Central Michigan and its proposal was defeated by a vote of 261 to 19.

The move came as the Society reported that operating expenses exceeded revenues by $453,569 in 2009.

Called The Committee for a Democratic PRSA, the group says it does not believe that democracy is being served as long as a small minority of its members can hold elective office. We believe that many worthy members who meet national leadership criteria in many other ways are being deprived of the opportunity to serve the organization.

APR members have made up less than 20% of the membership for many years. About 120 new Society APRs are created each year.

There has been a steep decline in annual new APR members since a multiple choice test was installed as of July 1, 2003. 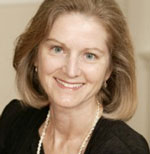 It is administered by the Universal Accreditation Board, chaired by Anne Dubois (pictured) of Dubois Betourne & Assocs., Palm Coast, Fla. She said the UAB does not comment on governance issues of its member organizations.

Edelman is CEO of the largest independent PR firm bearing his name that had fees of $440 million last year.

Stevens, former national treasurer, winner of the Patrick Jackson Award in 2008, and former president of the New York chapter, is a partner in StevensGouldPincus.

APR Tests for Skills, Not Governance

The group said APR is a hallmark for professional improvement but not for governance. If PRSA is to become the relevant professional organization it can be then this requirement must end here and now.

The rule has been in effect since the mid-1970s.

The Strategic Planning Committee of 1999, headed by Steve Pisinski, who became president in 2000, unanimously urged that APR be removed throughout the bylaws including as a condition for the Assembly or committee service.

The 1999 board, headed by Sam Waltz, rejected the recommendation and fought attempts to remove the rule.

APR was dropped as a requirement for the Assembly in 2004. The bylaws revision voted by the 2009 Assembly retained the APR for national board posts and added a rule that all members of the Ethics Board must be APR.

Society leaders have said for many years they will not make substantive changes in the governance of the organization unless they are propelled to do so by members.