The Village Voice has outed the draconian speech-stifling policies of Viacom.

The 48-page PDF to employees of the $14.6 billion entertainment giant warns that anyone who breathes a negative word about Viacom will "disciplined" (i.e., fired).

Only the "officially designated spokesperson" may deal with the media or "post on the internet or otherwise publicly share" information on the company.

Furthermore, any contact from media people must be immediately reported to corporate communications.

The policy applies to freelancers, suppliers and anyone remotely connected with the company.

Some who commented on the VV website said Viacom is just describing common corporate PR policy and we agree.

Blue chip websites typically reveal no names of PR contactsonly a general phone number for "media inquiries." An "assistant" takes down info. No PR pro will pick up the phone--much less the head of the dept.

An alternative is to leave an e-mail in a box that is provided and hope for a reply.

A "non-disparagement" clause in the Viacom PDF tells employees/suppliers "You may not criticize, ridicule or make any negative statement concerning Viacom to any author, produceror any customer, client or supplier."

Oddly, Viacom, which owns MTV, BET and Paramount Pictures, also hosts "Comedy Central" on which Jon Stewart mocks everyone and everything.

Jay Leno of NBC constantly ridicules the network for its allegedly small audience and failed programs. We wonder if forthcoming new owner Comcast will allow this. Approval of the deal is set for July 15.

The Association for Educators in Journalism and Mass Communications (3,600 journalism and PR profs; revenues of $2M), led by Carol Pardun (pictured) has bashed President Obama for his "general lack of transparency and accessibility to journalists, noting his May 27 press conference was his first full, open-ended conference in ten months."

The AEJMC said it is "alarmed by restrictions to Presidential coverage that at best curtail and at worst prevent citizens from understanding critical issues" It wants Obama to live up to his promise of "creating an unprecedented level of openness in Government."

AEJMC was hit with a hail of criticism and praise for its stand. Several members said they would either quit the group or not attend its annual conference to protest a political statement that was not cleared with the entire membership.

He said the statement is "crudegross even. It is thinly sourced and badly reasoned. It is as narcissistic as the White House press corps at its worst. The statement doesnt know what it is talking about" He feels that not enough "facts" were gathered to obtain the "full institutional pictureit is not professional, quality work."

Merely saying that Obama has not had many press conferences "cannot bear the weight the AEJMC has placed on it," wrote Rosen. His bio says he had a "very brief" career at the Buffalo Courier-Express before becoming a full time academic in the 1980s.

Prof. Bill Israel of St. Mary's University, San Antonio, Texasdefended Obamas reticence with the press, saying the "political right" has undercut the news for the past 40 years with help from conservative groups like the Heritage Foundation and American Enterprise Institute. 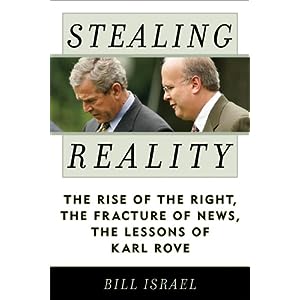 Their number grew from 70 in 1980 to 500 by 2000, he said, and "so changed Americans that we elected Ronald Reagan who now looks like a moderate," elected President Bush who "lost the popular vote" and "pushed us into a useless war," and "nearly defeated even watered-down healthcare 100 years after its proposal and decades after passage by every other western democracy."

Obama, he said, has to deal with "news dependent on the sourcing and framing of the Right" and he doesnt blame him for "seeking to keep his head down" in such an environment.

We sympathize with the Village Voice and all media that have to deal with communications-blocking corporate PR depts. and with the White House press corps that finds President Obama evasive.

We'd like reporters to look at our world where the last press conference of PR Society leaders was at the 1993 annual conference in Orlando, Fla.6,025 days ago.

PRSA sets itself up as the "government of PR," creating ethical and PR practice standards worldwide not only for members but the entire "profession."

Hal Warner, 1993 president, an employee of Manning, Selvage & Lee, set up a formal press conference at the annual conference that year with board members and about five PR trade reporters. It lasted from 8 to 9 a.m. as the directors fielded any and all questions.

We feel MS&L CEO Kirk Stewart was behind this and a perpetual $5,000 annual gift to the Society for an "Ethics Conference" involving reporters and PR pros.

Regrettably, PR pros at the first such conference in 1994 said so many embarrassing things (including Patrick Jackson telling Morley Safer that Jackson's policy with the press was "duck 'em and screw 'em") that the first conference was the last.

Our access to the elected head of PRSA has been almost non-existent since 2005.

Current Chair Gary McCormick and COO Bill Murray marched into our office March 17 and told us to our face we were simply too offensive to deal with and that would be their policy in the future (which was also their policy in the past). They refused to spell out any charges against us. We were booked and cooked and that was that.

About the only comfort we have is that the great bulk of the press is being treated much the same way even though PR started out in 1906 with Ivy Lee promising a service that would answer press questions "most cheerfully." It's too bad the President of the U.S. and PRSA are setting such bad examples when both should be shining examples of openness.

The Committee for a Democratic PRSA is having a tough time getting 5,000 signatures on a petition to remove the APR rule for national office. Only 288 have been obtained after more than a month.

The CDP needs to take a new tackdescribe the practices of the APRs since they took over in the mid-1970s.

Here's some of them:

--Booted in 1980 nine PR pros from the staff, replacing them with association professionals.

--Boosted the number of chapters from around 60 to 110 including many with as few as ten members but one full vote in the Assembly. This solidified control in the smaller chapters where APR is big (its not in New York where only 51 of 767 chapter members (6.6%) are APR. Needed is proportional votinga chapter with 10 members gets one-tenth of a vote.

--Expanded the unethical but profitable info pack service to cover 1,000 subjects, about 80% of the materials being illegal copies of copyrighted articles and chapters of books. Authors were deprived of millions in income. The Media Relations packet included 118 such pages from six books, six trade magazines and other sources that if purchased would have cost a user about $700 instead of $18. Since annual packet volume was 3,800, that meant the authors were deprived of $2,660,000 in income on this packet alone.

--Instituted a multiple-choice test for APR that tests neither writing nor creativity. Almost no one takes it any more (under 2% of PRSA eligibles each year) even though no PR experience is required of applicants (used to be five years).

--Ditched the enforceable Ethics Code in 1999 after the board itself was accused of five violations for instituting a formal press boycott. The Ethics Board then spent $197,247 (including $29,511 in travel, meals and hotels) to re-write the code that makes no mention of answering press questions.

--Discarded hundreds of Silver Anvil entries in the 1980s (while keeping the fees) for minor rule violations such as binder one-half inch too thick.

--Moved h.q. to downtown New York in 2004 for 13 years without any input from the Assembly or members. New York members were shafted since downtown is nearly an hour roundtrip from midtown.

--Helped establish and perpetuate the myth of the immediate recall of Tylenols after the murders in 1982 by giving Johnson & Johnson a special Silver Anvil. Remarketing of the fatally-flawed Tylenol capsules is a tragedy, not a triumph.

--Picked Philadelphia twice for the national conference (2007 and 2013) while ignoring New York, which hosted the biggest conference ever in 2004.

--Stopped publishing the annual printed members directory in 2006 without any input from members or Assembly. APRs refuse to make member listings available as PDF or even discuss this.

--Continue to publish print versions of Tactics and Strategist while citing high printing/mailing costs for discontinuing the printed members directory.

--Stopped publishing the transcript of the Assembly in 2005, depriving members of knowledge of their own legislature.

--Stopped publishing a list of Assembly delegates after 2006, depriving members of knowledge of their elected representatives.

--Profess to follow Roberts Rules while breaking them (allowing proxies, presenting only some of new bylaws for discussion, and refusing to report tabulated vote totals).

--Removed the list of 110 chapter presidents from the website, forcing members to visit each site to get this info.

--Removed all but seven names of the 55 h.q. staffers from the website.

--Blocked Tactics Online from mentioning the Committee for a Democratic PRSA.

--Refused three times at the 2009 conference to give this writer hearing assistance, thus breaking the Americans with Disabilities Act of 1990.

--Refused to supply audiotape of 2003 Assembly to us after a whole day of our notes was stolen when our back was turned. Numerous APRs refused help including many of the directors who were present.

--Only elected one African-American male to its board in 35 years -- Ron Owens -- who quit in 2006 after five months of a three-year term.