The District of Columbia Department of Employment Services seeks a firm to develop a comprehensive communications and outreach program for its Infrastructure Academy. Finn Partners and OffScrip Health will handle a storytelling campaign for a new coalition to address the obstacles that rural patient communities face accessing healthcare, the White House announced Feb. 2. Former California Congressman Jeff Denham, who was a member of the Republican leadership team, has joined Dentons as a senior policy director.

AI and Resumes: Implications for Communications

The best kind of career help might prove to be automated rather than human. A recent MIT study found that the quality of writing for a resume, when improved by AI, boosts the probability of hiring, does result in more offers, increases hourly compensation and leaves employers satisfied about their selections. 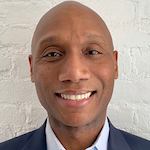 Michael Frazier, who spent more than 11 years as a communicator at the National September 11 Memorial & Museum, has joined SKDK’s PA practice in New York as an executive VP. Finn Partners represents the Mississippi River Boulevard Christian Church and its Pastor J. Lawrence Turner who will host today’s funeral of Tyre Nichols who was murdered by Memphis police. Nothing good will come from Donald Trump's impending return to Facebook... Joe Biden gets it wrong about ExxonMobil's 'outrageous' profit. Big Oil doesn't have a social contract with the American people... Corporate kleptomaniacs, beware. Searby PLLC is on the case... Congressman makes history by making first speech on House floor written by ChatGPT.

Social Engagement Not the Only Road to Readership Social engagement may not be the best route to attracting readers to a piece of earned media, according to a new study. 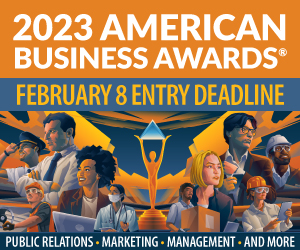 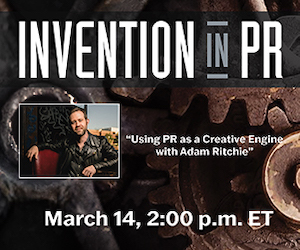