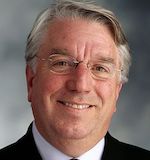 Louis Capozzi, former chair of the MSL Group and former CCO of Aetna, is the 2018 Paladin Award Honoree.

Institute for PR Damages Self in Link with PRSA

The Institute for PR, which says there is “science” beneath the art of PR, is wallowing in the mud of PRSA and CenturyLink in co-publishing a revived “PR Journal."

Charges that CenturyLink engaged in fraudulent billing practices have been compared to similar charges against Wells Fargo that cost it $185 millions in fines and resulted in 5,000+ staffers being fired.

The claim on the PRSA website that is a “partner” with Ethisphere and that the “first joint project” has been released, implying more such projects, should be corrected. Ethisphere is going to “talk” to PRSA about the tie but refuses further explanation.

"Education" is the Weak Link at PRSA

PRSA VP of Education Jeneen Garcia, with the Society 25 years, was among those at the initial event of Black PR History Month Feb. 9 at Edelman’s offices. Oddly, we had never met or talked to her.

PR executive is No. 8 on Careercast’s 2017 list of the ten most stressful jobs. No. 6 is newspaper reporter. Both cause each other a lot of stress.

PR Society of American, which has avoided dealing with the authors whose works it copied and sold without their permission from 1978-94, now must listen to prominent members who have agreed to press the issue.

Twenty silent PRSA delegates, marching to cellphone commands, harassed this writer at the 2010 Assembly as we tried to interview a delegate. They were like the “zombies” created by cellphones in the 2016 movie “Cell,” based on the Stephen King novel.

Publicis, third largest ad/PR conglomerate, is pulling out all stops for its 90th birthday. A smudge on its image is the fact that Mark McClennan of its MSL unit chairs press-boycotting PR Society of America.

A new white paper shows that while progress has been made among black PR professionals there still are few black communicators in leadership roles where they work.

Laurent Lawrence, who had his own PR firm from 2011 to January 2015, has been named director of PR, PR Society of America.