More than six-in-ten of voters want Donald Trump to talk about “improving healthcare system” and “jobs and economy” during tomorrow’s State of the Union address, while only third want to hear about his wall across the southern border.

The Trump Wall ranks 12th of 13 subject categories, according to a Morning Consult survey released today. 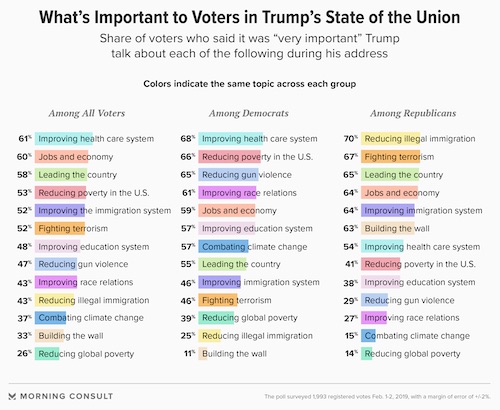 Democrats put the wall (11 percent) on the bottom of their list of priorities. Improving healthcare is the No. 1 issue for Democrats at 68 percent.