Two restaurants have opened on the site of the former Williams Club at 24 E. 39th St., which was a meeting place for many years for PR groups including the Chemical Communications Assn. and the Wednesday PR Group of PR firm owners. 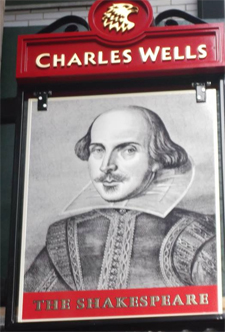 The Overseas Press Club was housed for more than ten years at the Club after it lost its 12-story building on 40th St. due to embezzlement by a staff member.

The Williams Club, which was associated with Williams College, also functioned as a hotel. Rooms are available in the new William Hotel, which houses the two restaurants.

They are “The Peacock,” which is on the first level and is described as the “more refined” of the two restaurants, with crystal chandeliers, ornate wallpaper and a lounge called The Library which has wingback chairs.

“The Shakespeare” restaurant, which is downstairs, “has more of a tavern feel with dark wood paneling, pub food and a focus on beer.”

Eater.com has a photo gallery at http://ny.eater.com/archives/2013/12/the_peacock.php.

Yves Jadot and Jason Hicks of the Jones Wood Foundry, 401 E. 76th St. are the restaurateurs who are behind the new establishments. English-born chef Robert Aikens was most recently executive chef of Stephen Starr’s Philadelphia gastropub The Dandelion.

British fare such as rabbit pie, cider-glazed pork belly, and bangers (sausage) and mash will be featured.

The restaurants opened last night and will not have the full menu until a week or two. Drinks and a “toast” menu are available which includes bar snacks, potted rabbit or Welsh rarebit.