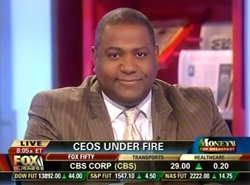 New York counselor Mike Paul will begin a two-day fast Feb. 12 to draw attention to what he sees as a lack of diversity among large PR firms, ad agencies and corporate communications departments.

He’s tired of “all the lip service” paid to the issue, believing it’s a “time of action.”

Paul told O’Dwyer’s that he’s increasingly approached by well qualified minority executives who can’t get a shot at a job in the communications sector.

His fast is aimed at highlighting the lack of people of color in top positions, beginning at the senior VP level at PR firms.

Paul’s not overly impressed by firms that establish internship programs for non-whites. To him, those are dead-end jobs as the young staffer departs in two or three years because there are “no senior-level people who look like them.”

Paul wants firms to “open their books” and disclose the number of non-white people in the executive ranks. He wants major firms to “hire dozens of executives of color” over the next year or two.