Ethics generates lots of talk in PR but little action on thorny subjects such as criticisms of J&J’s handling of the Tylenol murders, trade groups sitting on their tax returns, “secret societies” like PR Seminar, reporters blocked and/or threatened with physical harm, etc. 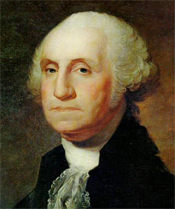 George Washington set the bar for truth-telling when as a six-year-old he tried out his new hatchet on various plants including taking a slice off the bark of a small cherry tree. That killed it.

His furious father demanded to know who killed his prize planting. Washington responded that he did. “I cannot tell a lie,” he said. Washington’s father took his son tenderly in his arms and said, “Truth is worth more to me than a thousand trees!”

Ethics is getting a lot of attention at New York University, home of the world’s largest graduate course in PR and corporate communication. It currently enrolls 372 students at $65K each.

Another ethics-related angle is that NYU recently hired Jonathan Haidt, as a “professor of ethical leadership.” He joined in 2011 after 16 years at the University of Virginia where he was a professor in the psychology dept., doing research on moral psychology.

Haidt is spokesperson for a new group called EthicalSystems.org that claims it is the “first to pull together extensive research and resources on the subject of business ethics” with the aim of making it available to schools, government regulators and businesses. The Jan. 11 New York Times gave the subject a half-page feature.

The third leg on this ethics stool is the appointment of Paula Payton as new director of the Dept. of Strategic Communication, Marketing and Media Mgmt. of NYU that includes the PR&CC courses.

We’re hopeful that NYU, as represented by Haidt, Payton, and Holtje, will tackle some of thorny ethical issues facing the PR industry.

We were shocked to see a picture of PR Society of America CEO Bill Murray on page ten of PR&CC’s 24-page fall/winter progress report topped by the headline, “Ethics Must be Part of Everyday Life and Work, Says PRSA President Murray.”

What is ethical about the Society selling hundreds of thousands of copies of authors’ articles from 1978-94 and demanding to be taken to court when caught doing this?

What is ethical about the Society withholding its IRS 990 tax return until almost the end of the year when the initial deadline for it is May 15?

Although barred from covering the 2013 Assembly, delegates tell us there was no discussion of Murray’s $63,000 bonus in 2012.

A directory of wrongful Society policies and practices was compiled in 2012. (http://tinyurl.om/9uvowzp).

The Int’l Assn. of Business Communicators, an individual membership group like the Society, posts its finances on its website and allows reporters to join. Its annual meeting is open to the press. The PR Society, however, does not post its finances and bars reporters from membership or covering its Assembly.

Will NYU, Ethicalsystems.org, Ethisphere Institute (world’s most ethical companies), Ethics Resource Center, and other groups focusing on ethics investigate some of the errant policies and practices in PR?

Our experience so far with such groups is that what we are talking about does not quite fit with what the groups are concerned with. Holtje’s NYU class is interesting to us because it talks about “law” and “ethics.” What is “legal” may not be “ethical.” Legal involves a government body that can enforce behavior. Ethical behavior is voluntary.

He notes that slavery was legal until 1865; children could work in mines until 1938; women couldn’t vote until 1920, and Rosa Parks broke the law when she refused to give up her bus seat to a white in 1955.

“Even if you never broke any laws, you cannot say that you lived your best life because life should not be solely about ‘me, myself and I,” writes Weinstein.

We liked Weinstein until we came to his all-out praise for Johnson & Johnson’s handling of the Tylenol murders in 1982-86.

J&J, he said, in an Oct. 15, 2007 posting, “took the high road, went beyond what the law required of them, and ultimately reaped many rewards.” He said J&J voluntarily removed 31 million bottles from shelves and “earned the respect of consumers and the media alike.”


The flaw in this scenario is that J&J rushed back into the market six weeks after the 1982 murders with the same vulnerable capsules in “tamper-resistant” packages. This cost the life of 23-year-old Diane Elsroth of Peekskill, N.J., in 1986. Only then did J&J withdraw this defective product from the market. Attempts are being made to reach Weinstein with a link to The Tylenol Mafia, the 489-page book by former employee Scott Bartz that challenges J&J’s insistence that it was an innocent bystander.

A chief promoter of J&J as setting the “gold standard of crisis communication” with its handling of the murders is NYT. “Tylenol made a hero of J&J,” said NYT March 22, 2002. The PR on Tylenol is “exhibit A in the lesson book on forthright crisis manager,” said NYT Aug. 21, 2010. NYT has not mentioned the Bartz book although Wikipedia recently expanded its mention to 200 words.

The WP entry reads, in part, “In a book published in 2011, Scott Bartz, a former J&J employee, argues that the poisoned Tylenol was introduced not, as the media reported, in retail stores but in a distributor's warehouse in the Chicago area. He believes that J&J knew this but intentionally suppressed evidence leading to this conclusion.”

Silence Is Not Golden

An interesting concept being advanced by ethicalsystems.org is that silence can be unethical.

The NYT article quotes Brooke Deterline of Courageous Leadership, which conducts workshops in ethical situations, as saying that people must override the inclination to be silent when they see something that is wrong. They need “practice” in doing this, she said.

Philip Zimbaro, psychology professor at Stanford University, said the school teaches that “knowledge obligates you to do something—act heroically.”
He wears a shirt with the imprint, “HERO in Training.”


One of the findings of his “Heroic Imagination Project” is “the bystander effect--the more people who are on a scene, the less likely it is for anyone to help.”