Speaker after speaker at the Society’s Spring meeting exhorted the 300 mostly corporate execs to cast off old habits and join the new world of rapid change and busted fences and barricades.

Some of the speakers, shouting at the audience, gave the meeting the atmosphere of a religious revival. Eyeing the suits, jackets and ties, they knew they were speaking to the elite of the corporate PR world.

They sounded like Bible Belt preachers saying, in effect, “Give up your sinful ways and get into the 21st century where things are free and unprogrammed.”

Leading the charge against the stodgy past was a high apostle of marketing and advertising change—Jean-Marie Dru, chairman of Omnicom agency TBWA/Worldwide. The firm was created in 1995 by the merger of the French TBWA with Chiat/Day of Los Angeles, whose biggest client was Apple.

He has preached the message of “disruption” since 1991. He battles against the idea that change can be “incremental.” About 3,000 “Disruption Days” have been orchestrated involving participation by more than 50,000 client representatives, he said.

“Nothing is beyond being challenged,” says Dru. “Nothing is sacred. We have always wanted Disruption (his capitalization) to be an organic method that grows richer through the accumulation of experience in thousands of Disruption Days. And this is in fact happening. The method is evolving month by month.”

Dru says many others are using Disruption with the capital D and that, over the years, TBWA’s role in creating the concept “may even be forgotten.”

Disruption, as described in Jet>Lag, a 2012 book by Dru, sounds like the “brainstorming” that was popular in advertising in the 1960s.

Some of Dru’s ideas are also similar to those Michael Hammer and James Champy who published Reengineering the Corporation: A Manifesto for Business Revolution in 1993.

Dru, describing a typical “Disruption Day” in the Los Angeles office, said weeks and even months of preparation may be involved. “Eight meeting rooms are covered in paperwork, flip charts and summaries. Some become ‘Convention Rooms’ while others become ‘Vision Rooms.’ Participants…move from one room to the next..30-40 people can show unexpected creativity with no distinction between those that are professionally creative and those that are not.”

The object is to “stop creative apartheid.” There is room for “everyone’s imagination to shine,” says the book. Free copies of which were given to attendees at the Page meeting.


We liked the “break barriers, be open, be creative, and be communicative” message of Dru and the other speakers.

However, Dru is part of one of the most tight-lipped organizations in the world—Omnicom. It has habits of stonewalling that need to be busted.

OMC co-leaders John Wren and Randy Weisenburger, who took in $84.5 million in 2012 (we await the 2013 figures), this year sued a critic of such pay packages in four U.S. Federal courts when a free SEC process was available for hearing the dispute about confidentiality of stockholder voting.

John Chevedden, the object of the suits, has won in three of the courts thus far and has received lots of support from like-minded groups and individuals. 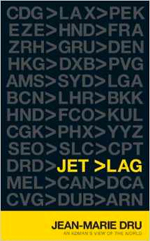 OMC’s intolerance of press coverage is only too visible. Last year’s announcement of its merger with Publicis was made in Paris. There was a teleconference in the U.S. for selected analysts (an OMC exec decides who gets on the call). OMC’s annual meetings were moved in 2002 from 437 Madison ave. (nine blocks from the O’Dwyer offices) to destinations across the U.S., never to return. VP-PR Patricia Sloan, who held the job ten years, had nothing whatsoever to do with the O’Dwyer Co. throughout her term. She once scheduled a lunch with this reporter but didn’t show up. The policy continues with current PR head Joanne Trout.

OMC should rethink its anti-communication ways in an era of quick, easy and cheap communication.

Dru’s book says he is a “great believer in events” as the starting point of an ad campaign. He especially likes street events such as the T-Mobile Dance, stadium events like the Gatorade Replay, and Tokyo rooftop events like Adidas Sky Soccer.

He recognizes four types of media—paid, owned, created and earned. Paid media are indispensable but they are also “expensive,” he notes. Non-paid media are now being put on an “equal footing,” he feels.

“The rumor mill, gossip, buzz are no longer just a product of media strategy,” he writes. “They’re an upstream component…gradually, the importance of word of mouth is being restored to its position prior to mass media’s arrival. It’s back in the number-one spot.”

The first 11 pages of Dru’s book after an introduction are 11 pages of praise for Apple, founder Steve Jobs, and Apple executives. It’s what one would expect of an adman writing about his biggest client.

But Jobs had his dark side as was described in a lengthy article in the Nov. 28, 2011 The Nation by Eric Alterman, Distinguished Prof. of English, Brooklyn College.

Alterman called Jobs a “genius and also an SOB” who was stingy with his fortune, doing away with all of Apple’s charity programs. He called Apple “an engine of misery for its subcontracted Chinese workers,” saying the fact that this went largely unreported during Jobs’ life was a testament to “how easily manipulated most reporters are by wealthy, successful entrepreneurs.”

Mike Daisey, who had a one-man Broadway show describing the working conditions of plants in China making Apple products called “The Agony and the Ecstasy of Steve Jobs,” contended that Jobs could have led in changing such conditions but did not. Instead, he told President Obama that the U.S. had to behave more like China by letting companies act free of regulations, said Daisey.

The show had more than 200 performanes in 18 cities over a 19-month period. An 80-page script is available on Daisey's website.

Apple had $76 billion in cash at the time of the Alterman article and this grew to $135 billion by 2013. Much of the cash is overseas, avoiding U.S. taxes. The company evades even more taxes by keeping some cash in Reno in a company called Braeburn Capital, according to Business Week. The state has no corporate or capital gains taxes. Apple’s current cash is $40B following dividend distributions and purchase of its own shares.

Apple has been notorious for its tight-lipped policy of the press which softened with the arrival of Tim Cook as CEO. He made a high-profile tour of subcontractors in China and promised to improve conditions.

Time for PR to Change

With the need for change so much in the air, we hope that Page and many other organizations will heed the advice of the speakers and embrace the spirit of the Age of Information and openness that is changing so many, but not all, institutions.

Blocking information would be anathema to all the Page speakers we heard.

A couple of decades ago, such conferences would have had a pressroom with dozens of word-for-word texts of the speakers. There might have been an interview table and chairs so that speakers could drop by and chat with the reporters.

A press aide would be at the beck and call of the reporters.

There were 32 Page speakers at the two-day session last week but no texts. Speakers “winged it.” There were no recordings that we were aware of. A synopsis of a Spring Seminar was published several years ago months after the event.

Leaders of Page, including chair Gary Sheffer of General Electric, need to huddle with several of last week’s speakers and figure out how to join the “Information Age.”

Dru would advise a leap—provide press memberships in Page, record all the speakers or have them prepare papers, and open to press coverage the sister organization of Page, the annual PR Seminar which will take place in June. More than half of the 200 members of Seminar are members of Page, which has 500 members. Working press are barred from Seminar but numerous editors and publishers have attended, accepting the “off-the-record” conditions.

The PR press, like the newspaper industry, is a shadow of its former self. Although many PR firms, ad agencies, major corporations and institutions are well-financed, there are few funds available to the PR press which has suffered the loss of seven media in recent years—PR Reporter and PR Quarterly, which died in their 50th years in 2008; Reputation Mgmt. Magazine of Paul Holmes and his printed NL, and three publications of Ragan—the Ragan Report, PR Journal and PR Intelligence.

Another sign of the shrinkage of ad/PR coverage is that Advertising Age has had to switch to bi-weekly publication.

Dru talks of “disruption” but what we see is “destruction” of large swaths of traditional general circulation and trade media although U.S. companies are currently sitting on $5 trillion of cash, according to a Jan. 1, 2014 column by Louis Woodhill of Forbes.

U.S. newspaper ad revenues have plummeted from $49.4 billion in 2005 to $22.3 billion in 2012. The NAA has yet to reveal the figures for full 2013. It stopped giving quarterly reports last year because such reports touched off numerous stories about the decline of U.S. newspapers.

“Page Up” Program Adds to Coffers

Page’s new “Page Up” program for senior practitioners has drawn more than 100 members. They pay annual dues of $2,500 for various services that include the regular Page programs plus an annual in-person event each fall similar to the Page annual conference. Page Up has its own website and a separate membership directory. Participation in webinar/teleconference events is also included.

Gary Sheffer, VP of CC and PA, General Electric, addressed the Seminar dinner, basing his talk on the principles of the Society. The first principle is "Tell the truth." In financial disclosure, this means providing accurate statistics in a timely manner. Public companies report their annual figures around mid-January but non-profits like Page don't get around to this task until months later.

Some wait all the way to the last deadline of Nov. 15 and even then don't put the numbers on their websites. It can take Guidestar up to six months to collect them from the IRS and post them in electronic form.