The beheading of journalist James Foley by ISIS forces and other instances of hostility to journalists in the U.S. and abroad prompted a New York Times examination of the phenomenon.

"From Missouri to Syria, Journalists in Troubled Areas Are Becoming Targets," said the banner head Aug. 21.

Noted were not only murders, jailings and expulsion of J's from troubled foreign lands, but interference with working press in the U.S.

Reporters covering protests over the shooting of a youth in Ferguson, Mo., have been "hit with tear gas and held by the police with little explanation," it reported.

"People who are in authority have a preference for journalists not being witness to wrongdoing," NYT was told by Martin Baron, executive editor of the Washington Post.

That is right! People don't like their "dirty linen hanging out in public," as the saying goes.

NYT, warming to the subject, interviewed a number of reporters and editors and found "a harsh environment for reporters both at home and abroad, complicated by changes in the way journalists work and a change in the way they are viewed by both governments and the public."

NYT could have spent more time talking about how J's are confronted by PR people at U.S. businesses and organizations.

Reporters for PR Watch have been banned from sessions of the American Legislative Exchange Council for years. Gregory Koh, a critic of Wikipedia, was not allowed to attend a major meeting of WP May 28-June 2 in New York. The International Assn. of Business Communicators banned reporters from its annual meeting June 10 in Toronto. PR Society of America has banned reporters from its Assembly for the past three years.

The Committee to Protect Journalists, New York, which has a treasury of $15 million, tracks press interference and persecution but focuses almost excusively on such abuses abroad.

PR executive Tim Cost said in 1998 that corporate PR "experiences a press call as a drive-by shooting." Richard Moss of Good Relations of the U.K., said in 2012 that clients are so afraid of what might get picked up in the media that content has become "too vanilla to matter." 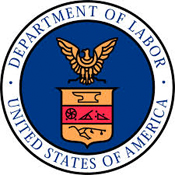 We wouldn't advise anyone to take up journalism as a career. There's far more money and security in PR which is thriving on the agency side where counselors can do lots of promotion for businesses large and small at a much lower cost than paid ads. Corporate PR is shrinking but agency PR is growing based on 131 PR firms tracked by O'Dwyer's.

Current fashion in PR is to avoid traditional media as much as possible, especially when such media are critical, reaching customers and other target audiences via company websites, e-mails and social media. There's a sense in parts of the PR industry that victory has been achieved over the pesky independent press.

PR specialists are now called "social media influencers" at an ad/PR firm employing the son of Richard Batyko of the Akron chapter of PRSA, who noted this fact in his pitch to join the 2015 national board. All the pitches stressed the importance of social media including the one by chair-elect candidate Mark McClennan, who says he "helped lead the social media adoption at our agency."

Decades of employing PR people who never worked in the media has created a PR culture that tends to regard reporters as aliens and definitely people to be approached with supreme caution.

The shrinkage in media, resulting in the loss of tens of thousands of jobs while PR employment has been booming, was covered in the Atlantic article on women in PR by Olga Khazan.

Additional pressure on reporters is coming from the economic side—the need to please advertisers. A "firestorm of controversy" has erupted over new "advertiser-friendly" criteria Time Inc. is using on some of its editorial employees.

Time looks at how "beneficial to advertiser relationship" a writer's work is deemed to be. The Times-Picayune of New Orleans prints press releases labeled "Community Submission."

Worldwide press persecution is a phenomenon that has been documented by UNESCO, Committee to Protect Journalists and many others. UNESCO issued a 51-page report on the subject in 2012 and continues to examine it.

UNESCO's Navi Pillay is particularly distressed by the fact that such persecution is mostly ignored by governments and institutions and that those who impede and harass the press can do so with "impunity." Almost no murders of journalists are ever solved.

Among those silent on this subject is the U.S. PR community.

The New York chapter of the PR Society is hosting a program Sept. 8 that will address the topic "PR professionals practice deception."

That sounds like the chapter is interested in what is ethical in PR. Two speakers with backgrounds in "ethics" are featured—Randy Cohen, former "Ethicist" columnist of NYT who wrote a column for Ally Bank but was dropped after six weeks, and Jacqueline Brevard, former chief ethics officer, Merck & Co.

The problem is that reporters are banned from the event set for 6:30 p.m. at SUNY, 116 E. 55th st. Chapter president Henry Feintuch says they can watch it via a webcast and if they try to "crash" the event they will be turned away by security. Guards blocked reporters from attending a "PR career day" sponsored by the chapter at NYU April 2, 2014. 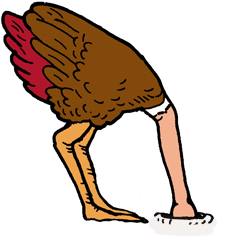 The national Society has banned reporters from its Assembly for the past three years and O'Dwyer staffers from all events at its national conference for the same period. It has already told the O'Dwyer Co. it is banned from the 2014 conference in Washington, D.C., Oct. 11-14 including the exhibit hall where a booth was sought for O'Dwyer products. National spent an all time low of $1,057 on "ethics" in 2013.

Feintuch, thus far anyway, will not allow O'Dwyer reporters at the event probably because we would raise the topic of press avoidance by PR people and the organizations they work for and ask whether this is ethical.

The chosen topic, whether PR people practice deception, sidesteps the issue. A hallmark of current PR is setting an agenda and sticking to it.

We could find no way to reach either Cohen or Brevard no matter how much we searched the web. We couldn't even find their mailing addresses which is how we have to reach out to some people these days. Another hallmark of PR is unavailability of PR people when numerous avenues of communication are present. This is the "Ostrich School of PR."

Feintuch said both are aware we are trying to reach them but he would not give the contact points for them. For many reporters, including Dave Carr of NYT, PR is the "Dept. of No."