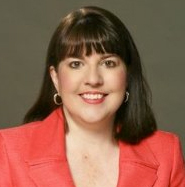 The hour-long “live” event, should it be held on that day—a mistake because it is Rosh Hashanah—has plenty of time to confront ethical issues at the Society itself.

Neill authored “PR Professionals as Organizational Conscience: Why and How They Provide Ethics Counsel” for the Journal of Mass Media Ethics in 2012.

She and co-author Minette Drumwright, Ph.D., associate professor, University of North Carolina, interviewed 30 senior PR people from ten states in the U.S. and Australia on how and why they play the role of corporate conscience. Her research interests are said to include “PR management and ethics.”

She is the perfect person to lead discussion of the many ethical issues facing the Society itself.

No. 1 is blocking 82% of the members from running for national office because they are not accredited. This undemocratic rule has chased away many potential leaders since the 1970s.

No. 2 is press-avoiding policies and practices including blocking Society membership to most reporters while allowing a few to join; barring press from the last three Assemblies, and having boycotts against the O’Dwyer Co. that started in 1999.

No. 3 is addressing the debt owed to dozens of authors whose articles were illegally copied and sold by the Society from 1978-94. Thirteen authors explored a lawsuit but no law firm would take the case, saying the cost would be huge and victory uncertain. A moral debt continues to weigh on the Society.

No. 4 is stopping the practice of booking dues as cash, which artificially inflates “net assets.” A side issue is the annual withholding of IRS Form 990 from the Assembly and press, a filing that shows the pay packages of the top six staffers. It is being withheld again this year.

No. 5 is addressing the Society’s praise of Johnson & Johnson’s handling of the seven Tylenol murders in 1982. The 32nd anniversary of the murders is Monday, Sept. 29. 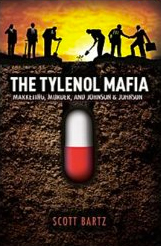 The Society helped create the myth that J&J acted ethically and was also fully responsive to the press.

J&J’s response “has become an enduring example of crisis management done right,” said the Society’s Tactics in a full-page article in the March 2008 issue. The Society created a special Silver Anvil for J&J in 1983 after it lost in the crisis category to Hygrade Hot Dogs.

Its PR strategy was “not only to be transparent and honest and ask forgiveness about it but was to remediate the problem and the result of that was that we got stronger and more tamper resistant on medicines going forward.”

The problem with that description is that neither J&J nor any other drug company should have been selling anything in capsules that could easily be taken apart and spiked and especially not after seven people died that way. J&J stopped the capsules only after 23-year-old Diane Elsroth was poisoned in 1986.


J&J did not have a press conference and never asked for forgiveness. It took the tack that it had no knowledge whatever of how the capsules got corrupted.

Former J&J employee Scott Bartz has published The Tylenol Mafia, a nearly 500-page book with copious evidence that the poisonings took place somewhere in the distribution chain of the company.

The Society needs to clean its own house before it can start giving advice to outsiders. The Thursday panel would be a good place to start.

Nance Larsen, communication director of the National Education Assn.-Alaska, was initially listed as one of the four presenters at the panel Thursday but when asked about this sent us a new link that had her name removed.

She got five lines in the initial listing including a bold face headline with her name and copy saying she is APR, a Fellow and member of the Board of Ethics & Professional Standards. She was said to have “more than 20 years of strategic communication experience” and that that her resume includes “an extensive background in marketing, branding, crisis/issues management, and PR” on an international basis for major consumer brands such as ASICS Tiger Corp., Yamaha Motor Vehicles, National Motorcycle Assn. and others including the Pebble Partnership and NEA-Alaska.

Both Larsen and Stephanie Cegielski, VP-PR of the Society, now say that her listing was “a mistake.” She presented during the "Google Hangout" at 9 p.m. on Sept. 11 titled "PR, Ethics, and You: Lessons learned Outside the Classroom." She was accidentally listed by a Society staffer with the webinar participants, said Cegielski. Larsen shows no signs of wanting to be on the panel which only has two other presenters—Maria Sonin of the the Ethics Officer Assn., Waltham, Mass., and Philip Tate of Luquire George Andrews, Charlotte, N.C.